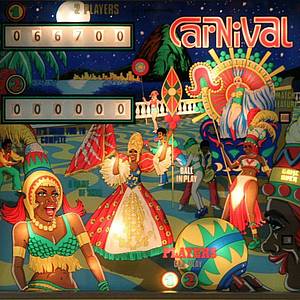 It all started for me as a little boy, we had just moved to Central Florida from just outside of Chicago. The year was 1975, and my mom and older sister dragged me one Saturday to the Winter Haven Mall for a day of boredom, also known as shopping.  Finally, we took a break from the torture, and ahead I saw a glowing bright orange sign that said "Oddoz Amusements". I didn't know it at the time, but this was a classic 1970's pinball arcade.

My mom asked us if we wanted to go and play in the arcade. Er uh, does a snake shit close to the ground? You had me at "play", not to mention I was totally down for anything that wasn't shopping related.

The place was dark and loud as hell, filled with high school kids. "Smells Like Teen Spirit", captured this arcade perfectly. It was unlike anything I had ever seen in my short 7 years on the planet. I was mesmerized... The sounds of the chimes were hypnotic, and it seemed like everybody was having a great time. This place easily had 30+ pinball machines, as well as pitch and bats, skill shooters, Pong(!), and other novelty games. I specifically remember titles like OXO, Space Oddessy, and Klondike for some reason. There were SO many others from companies like Gottlieb, Chicago Coin, Bally, and of course Williams! I was barely tall enough to see over the front of the cabinet, but they had empty milk crates for little tykes like me to stand on so I could see the playfield. Let the double flipping begin! I was in heaven.

This was my earliest memory of pinball. And even at such a young age, I KNEW pinball was something magical... When it was time to leave, I'm pretty sure I actually cried.

From that point forward, my parents knew they could get me to do pretty much whatever with the reward of taking me to play pinball...and I pestered them endlessly for ways to get me back to the pinball palace that was at the mall in Winter Haven.

About a year or so later, my dad took a new job in Miami. My parents and my sister and I were set to meet his boss's family for dinner shortly after our arrival in So. FL at their home in Miami Shores. My dad said, there is a surprise waiting for you there and you are going to love it.  He refused to say anything more.

Was this a con to get me excited about a boring dinner with my parents at his boss's house? Or a legit surprise? It sure *seemed* legit..

I was officially intrigued, and that day could not come soon enough. I mean, what kid doesn't love a good surprise?

So the following weekend, we roll up on the boss's house. This pad was unreal, right on Biscayne Bay: Super-phat. We walked into the house and my sister and I were led back to the rec room by Rhett, the boss's teenage son. It was incredible. There was a pool table, pachinko, old slots, and glowing beautifully in the corner: A pinball machine!

My nine year old mind was utterly blown. There was an actual freaking pinball machine in this house.... and the beauty of it all was you didn't need any quarters to play.

The game? A 1973 Bally Monte Carlo. My parents, quite literally, had to pry me off it.

And thus began my quest to convince my parents to buy a pinball machine for OUR house.

Now, if you grew up in Flordia in the 70s-80s, you remember Eckerd Drugs. In 1977, they ran what essentially amounted to a "match 3 and win that prize" scratch off contest. I was in 5th grade and had to buy a notebook or something for a school project. So I jumped on my bike and it was off to Eckerd's.

With my purchase, came a receipt and a scratch off card. Thinking nothing of it, I put both in my pocket along with the change (which hopefully included a couple of quarters!). On the ride home, I got caught at Biscayne Boulevard at what is still probably to this day: The world's longest light. What the hell, I decided to pull out the scratch ticket and see if it was worth anything. There were two rows of three squares, row one was a bust: $2, $2, Kodak Film Pack.

I rode home as fast as I could only to find my mom asleep and my also semi-conscious dad watching football. I told my mom, "Hey, I think I just won a thousand dollars at Eckerd's". Her response was, "That's nice." and then she rolled over.  Undeterred, I woke up my pops and showed him the ticket. His eyes got big and he yelled:- "HEY EVERYBODY!! Pete just won a grand at Eckerds!" ...  Chaos quickly ensued.

I was a few months away from my 11th birthday and I just won a cool G at a drugstore sweepstakes. Forty plus years later, it still seems like a dream.

So what does this have to do with pinball, you ask? After much back and forth, it was decided that this was my win. And of course: It was THE chance to get a pinball machine! A few weeks later my dad and I went to Eli Ross Distributing in Miami, and on this day: We'd be going home with a pinball machine.

The distributors warehouse was in a rough area; but this was where Dad's boss purchased their Bally Monte Carlo. There were easily 100+ pinballs in various states of repair. But in one section up front sat a row of working, clean pins to play that were ready to go. It came down to a Bally Old Chicago and a Playmatic Carnival. Carnival won the day as it had faster playing action, electronic sounds despite being an EM, and an overall more fun experience.

Knowing what I know now, though, I wish we'd have scooped the Old Chicago - as I'm a huge fan of Dave Christensen and his artwork. Not to mention, Playmatic would soon be defunct...

Playmatic's Carnival pinball machine was a fixture in our home for the MANY years that followed. I have such great memories of us playing the hell out of it, especially during family gatherings and the holidays.

But this was only the beginning of my lifelong journey in pinball. 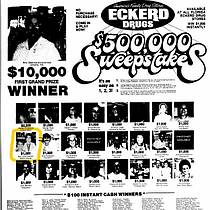 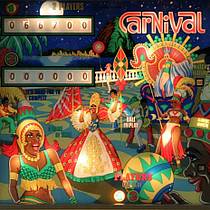 Great story my friend and in your case ''Fortune favours the bold!''

Great story. As a resident of Florida (though not in the years you mentioned), I can relate to your story. Thanks for sharing.

Thanks for sharing, I can relate in many ways as I also grew up in FL in the 70s. Look forward to more of the story.