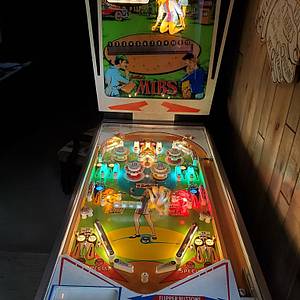 My first time was gentle - MIBS.  A 1969 beauty, and very well cared for.  She has never been on the streets, only home use.  Lots of TLC!  Still, I'm so loyal to MIBS. My sordid past had me owning and restoring pool tables, and has been a blast since I was a teenager. I always played pinball, but working with and restoring pool tables grabbed hold of me at an early age.  Now, my love of pinball has been restored - from playing as a kid, to today owning, maintaining, and playing them - as a bigger kid!

Before MIBS could see it coming, I became attracted to Charlie's Angels - my first SS ownership experience!  Another great machine, and definitely a step up from EM MIBS, but still I could taste another desire - GhostBusters and Pirates of the Caribbean.  These soon became a lustful desire, and I had to have them. Perhaps, I moved too fast.  From my first love - MIBS, to now having 5 of my own pinball babies.  Just a few pins later, Elektra called for me only after a few months out from falling for MIBS.  Look at me now.  Lusting after more and more of the beauties, willing to travel across state lines to bring them into my home.

Since I have a love for billiards, now my quest has me yearning for a relationship with 8-Ball Deluxe!  When or where will it stop . . . 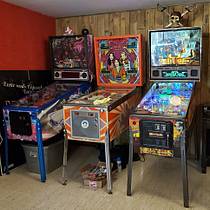 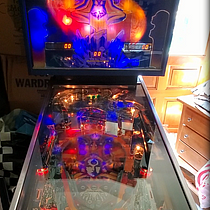 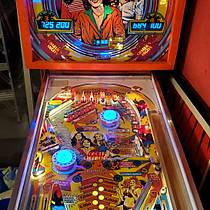 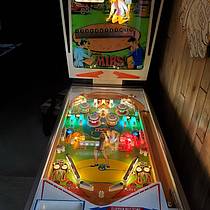 It usually stops when you run out of room.

It wont stop! Its a true addiction!!

what started with one machine 6 years ago has grown to 6 with plans on getting two more soon.
love your POC topper