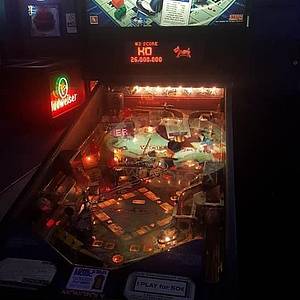 TAG’s Maniac’s Mansion at 8th Street and The Deep End isnt the only place in Wichita Falls Tx with Pinballs. My Wife and I had a discussion that someone in town had a Game of Thrones Pinball somewhere. So after work i did a Pinball Run to all the places i knew had em. First stopped at The Deli Planet and They had a Lord or the Rings Pinball. It was pretty good, but was a little Dark in the back but after 2 plays i got used to it. Then off to Fat Alberts where I swear that's where I saw it, but they also had a Lord of the Rings pinball but this one was a little bit run down but I had the best run on it even though the scoreboard was going out. Then I went over to the West End because I remember there was one in the corner there and that was a no-go are there arcades were gone. But last but not least I went to Fast Eddie's where I knew they had a Sopranos pain that used to cheat LOL but when I went in it looks like it got switched out with a Monopoly pinball which wasn't bad. But they all was fun just need a little bit work and also need to fix a couple of things on them. Also the volumes need to be turned up a little bit cuz I could barely hear the music or the dialogue from them. I thought there was one at Carmike Cinemas but I didn't have time to stop, also want to go by Stone oven Pizza but that Ghostbusters premium was sold last week. Looks like they all was owned by Lonestar music hear it if y'all guys know where there's any more pinballs in town that I missed let me know below and I'll go check them out 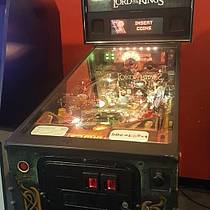 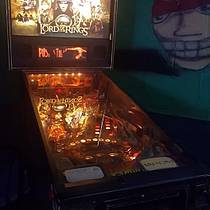 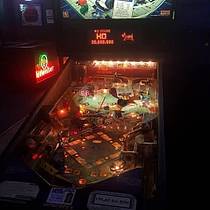