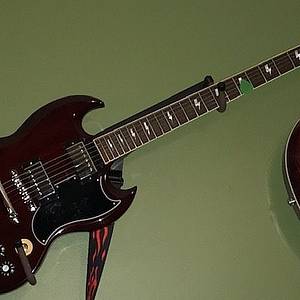 When I was growing up in the mid 1970's, there was a kid named Keith who lived just up the road.  His dad had a pinball machine in their house.  I don't know for sure, but I think that was a pretty rare thing back then.  I mean, this was back when Pong was still newish.  A pinball machine?  It was awesome for a kid.  Flash forward to my teen years, and while my peers were into Pole Position, Dig Dug, Centipede, and the like, I would always play the pinball machines.  The skating rink, the mall's arcade, whatever.  Then, late 80's/early 90's, while in the service, I'd play PinBot at the club on base.  Frankly, I was never really good.  But, man, I dug playing.  Then, after college, a work colleague had an Evel Knievel pinball machine in his den.  I coveted his pinball machine.  I wanted one too.

However, I was into cars and guitars.  I have a replica Shelby Cobra project underway, probably about 20% done, and a guitar & amp collection which includes some darn nice ones.  Cars and guitars are enough, and attempting to talk the spouse into another pricy hobby wasn't a path I wanted to go down.  But, the guitar collection is pretty much at it's limit.  Same with the amps.  Heck, I probably need to thin that herd.  I've even built 2 guitars and 4 amps under my imaginary brand name of Mach5 Amps.  The Cobra build is just work at this point, with only minor purchases required to finish.  So, I'm maybe 5-10 years from retirement, and needing a new hobby.  I gave it a shot (talking to my wife about a pinball machine for the house).  And, she was in.  Awesome!

So, now I've got my first pin on it's way.  I hope anyway.  I got the e-mail that it had shipped, but haven't received any further details in a few days.  But, regardless, I'm completely stoked.  Excited.  Thrilled.  Can't wait.  And, oh yeah, I'm planning all kinds of stuff to go along with it.  Mods.  Decor around the room.  I think my wife may regret this decision.  But, if she's up for it, maybe I'll find a "car" one to put next to AC/DC.  Cars and Guitars.  And pinball.  It'll make an awesome basement.

Now, to figure out how to incorporate a topper design around this, when it's hung on the wall above the pin... 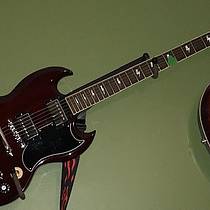 What machine have you ordered?

I ordered an AC/DC Premium Vault Edition. Still waiting on details of delivery. But... Itching for it to be soon.

Congrats on the new hobby! You’re starting out with a great game!

You *have* to get a Mustang pinball from Stern. Very reasonably priced.

My wife and I both love the AC/DC machine -- great choice. Your wife might love it as well!

It's a great time to be a kid!

All: Thanks for the friendly welcome.

@wtuttle: I was actually looking at a Boss pin a couple years ago. Now, I see a lot of venom is being spit at the Mustang pinball machine. I'm going to have to find one and play it to form my own opinion - but, yeah, it would "fit" in with my basement plans.

My AC/DC Prem. VE was delivered last week, and I got it to the basement and set-up the same day. It is awesome, and I absolutely love it. My younger daughter does too. The older daughter and wife, well, they seem to enjoy it - but I don't see the same response as my 13 year old and me.

Anyway... Thanks. I think I'm going to enjoy this new hobby, for sure.

For those about to rock! Love that machine. Congrats on the purchase.

You know what the most difficult thing is getting your first pin? Making room for your second. For those about to flip, we salute you. Good luck!

Your story sounds alot like mine....cars and guitars and now pinball! Stumbled on a steal of a deal on a batman forever machine and I'm hooked! I've had my sights on the Maiden premium but haven't pulled the trigger yet. If you haven't played that one you should check it out!