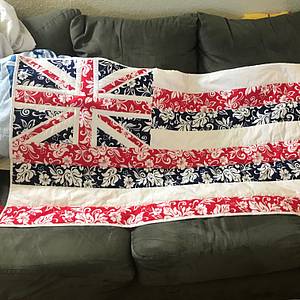 For the Love of Pinball

For the Love of Pinball

My life a pinball story

I first met pinball as a child. I was born in 1969 and thus was a child of the 70’s. It was a different time and children were treated more as a burden than anything else. This being the case I would oftentimes be sent to my grandparents for the weekend to allow my parents to have a break. While at my grandparents house there was not much to do. I could play in the yard and that was about it. My Grandfather had lived through the depression and didn’t think that children needed entertainment. So I would help him weed his garden and do yard work. On Saturday morning if I was good he would take me with him to the bars that he frequented. He would collect his bets from various bookies in different establishments of ill repute. If he won, he would celebrate by drinking and he would set me up onto a bar stool next to him. I remember he would lean in and ask me questions like do you like peaches or peppermint when I said yes he would order me a shot of that flavor of schnapps. I would drink it and make faces which always brought a laugh to him and his companions. From this they would put various shots in front of me and would offer me quarters for the pinball machine if I drank the whole shot in one go. For many now a days this would be seen as horrible but this was how childhood was in the 1970’s. I would take my earnings and would drag a stool over to the pinball machine. I was too short to play so I would have to kneel on a stool to be able to see. This is how my love of pinball started and it only grew from there. I do not remember the names of the games I played but as I see late 60’s and 70’s games on Pinside some of them are strangely familiar.

The late 1980’s was the era of the arcade. I watched and experienced all the classics first hand. PacMan, Space Invaders, Galaga, and Super Mario Bros but my first Love was pinball. While in high school the local billiard establishment had a Time Fantasy machine. While the other kids were at the arcade my time was spent with Time Fantasy. There were days when I would spend 6-8 hours playing that game. I played it with my high school sweetheart and it quickly became our thing. Hours and hours playing, laughing and talking about the future over that Time Fantasy pinball machine.

As I grew older life took on a more serious note and my time to play pinball diminished. In the mid 90’s I had my first child. There were still arcades around then, the mother of my children and I would go and play Theater of Magic and Attack from Mars. Both came out in 1995 the year my first child was born. We would put the baby in a stroller and would take turns feeding and changing diapers in the arcade as we played. We did this for about three years. Laughing, talking and playing pinball.

The years keep moving on and now I’m in my 50’s and my wife and I live in a pinball desert. We live on Oahu and there are 12 public pinball machines on this whole island. The 4 closest ones to me are broken. We spent a year learning and playing Stern Star Wars premium until it broke. The tie fighter fell off from wear and vibration. My daughter came to visit me from the mainland and I wanted to share this great Star Wars Pinball machine with her and it broke while she was playing it. Oh, the sadness that was felt that day. The place that owns these machines are like most places that purchase pinball machines. They have the mentality that they require no maintenance and they will simply continue to bring in revenue. As people here know, sadly, this is not the case.

What is the next step on my pinball journey? I have asked myself this over and over again. For five decades I have shared the love I have for pinball with family and friends. I have spent time seeking out and playing pinball machines all over the United States from Alaska to Hawaii, Washington to Wisconsin, Ohio to Texas and everywhere in between. There are only five states that I have not played pinball in but I’m going to save that trip for a later date. I believe now is the time for me to finally buy a pinball machine. Any suggestions?

Thanks for sharing! My first thought was, "buy them all!" See what's local and pick up some projects! Or buy that Star Wars from them and fix it.

RightNut, thanks for the comment. The broken local pins are owned by the government so they can’t sell them outright. I have seen one local pin for sale/fix up in the last three years, It was gone in about 12 hours. I’m looking to move back to the mainland in 6 months then it’s time to start collecting.

Thanks for your story. I only got into Pinball about four years ago. I decided to put one in my basement and it has only snowballed from there. My first machine was a ghostbusters. I have since sold that one bought a second,sold that one and I am now on my third Ghostbusters machine and it is ultimately my favorite. (I have 10 pins in my collection) It is now in my office at work. There are a lot of great games out there, but it is still one of my all-time favorites.