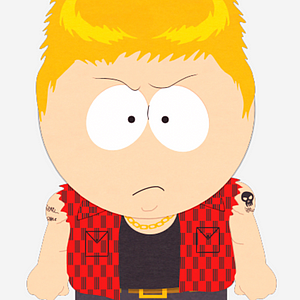 How I Became a Pinball Addict

As a teenager I worked a summer job at a pizzeria in Orchard Park, NY making and delivering pizza. We had a pinball machine in the joint and my brother and I played it incessantly. This was in the mid-1970’s when “Pong” and other great new electronic games were coming out, but my brother and I always gravitated toward pinball.

Some 30 years later I saw a pinball machine for sale on eBay and discovered Pinside a short while later. After researching for a few weeks I decided to buy a Stern Pirates of the Caribbean and found one for sale on Pinside by a guy just outside of Atlanta named Jack. We negotiated a price via PM and text, and soon I was on my way to Atlanta in the family minivan.

When I got close to the address I texted Jack to let him know. He replied “please come around 3 pm because I have classes until 2:45.” Wow, I said to myself, this guy must be a professor at Emory or another local university who is in the pinball hobby. So at 3:00 I pull up to a nice suburban home and I ring the doorbell. A boy no more than 12 or 13 years old answers the door. I say “Hi, I'm John. I'm here to see Jack about a pinball machine.” He says “I'm Jack.”  So …. Jack isn’t a college professor, - he’s a middle school kid.  And I am a 45 year-old man with $5,000 cash in his pocket who just drove 600 miles to meet a young boy with whom I have been corresponding via PM and text messages. As a former federal prosecutor I half expected FBI agents to jump out right then and there with guns drawn screaming “Get on the ground, pervert! Yeah, we know all about your phony ‘pinball game’ story!” But, thank God, Jack’s mom was in the kitchen saying “Come on in.”

It turns out that Jack was something of a young genius who repairs, restores, buys and sells pinball games after getting into the hobby with his dad. He has a bunch of nice games in the house, and even turned an old pinball machine cabinet into a cool piece of furniture. The POTC game is even better than advertised, so the three of us count out the money and load it into my minivan. To give you an idea of just how much of a pinball neophyte I was, when I unload the game at home and plug it in and press the start button, nothing happens. So I call Jack and say “It won’t turn on. I don’t get it. It worked fine at your house.” He says “Hmmmm … you did turn on the toggle switch under the cabinet, right?” I said “The what you say?” Apparently I still had a few things to learn about pinball.

Today I have 12 pinball machines and am absolutely loving this hobby. As for Jack, I lost all contact info after changing cell phone providers and closing out an old Pinside account from a different email. I definitely owe him and his family a debt of gratitude for getting me started in this great hobby, so, Jack, if you read this, PM me!

I really like reading these stories. I learned a whole lot as well after getting my first pin. It would be interesting to see what Jack is doing now.

I’m 14 and got into the hobby when I was 12, super fun and i always think it’s interesting finding out people my age do pinball. Thanks for sharing your story!