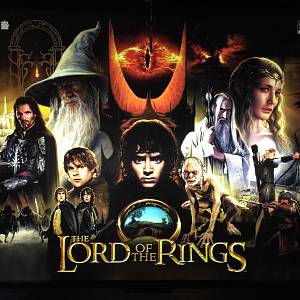 You know, there's room at the shop.

The wife (ArmouredHobbit) is a bit of a Tolkien fan. And has been since an early child - thanks to the corrupting influence of her parents.  There's no accounting for what travesties have been caused by those parents. Alas, they’ve made her into what she is today.

In the early 2000's, well after we've been married, and now into the "Let's escape to Vegas" phase of our lives.. we found we didn't spend much time "gaming" in the Vegas sense.  Lots of entertainment in Vegas, but casino games don't do it for us.  Being children of the 80's, on the other hand, the arcade called to us.  And this was one of the few places one could still find an arcade with real machines.

The Luxor had a pinball game that caught her eye.  You might have heard of it - something called “Lord of the Rings”.

Since those visits, every time we've been back to Vegas, until they removed the arcade a few years back, she'd spend too much time on LOTR. She’s basically lusted over that machine since then.

Roughly a year ago, as part of our work relocation, we ended up getting a small place to live close to the office. And, to accommodate the hobbies, we picked up warehouse space. Not a huge amount of it, but a single suite in an industrial complex, with something like 1200 square feet inside.

“You know.. we have room for that silly pinball machine you’ve wanted now.” This is where I blame the wife. It really was the start of our mutual downfall. Of course, to start the downfall right, we end up on eBay. Making all the mistakes you read in Vid’s Guide not to do. We lucked out, thankfully.

We’ve had help with this new hobby along the way. Both the good and the bad kind. “We’ll teach you to fix that machine from the auction up.” “We’ll help you make room for another machine.” “We’ll help you get that to the shop.” “We’ll introduce you to Pinside.” “Say, did you preorder The Hobbit?” Everything but help pay for it. So selfish!

We’re putting in our time at the Pacific Pinball Museum. This has helped us both learn from others, as well as give back to the preservation of Pinball. Lots of great people there, who are passionate about the art and history of Pinball - in addition to just enjoying a good game.

That’s all for now. I think there’s a marketplace listing to browse. 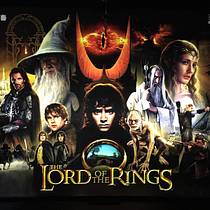