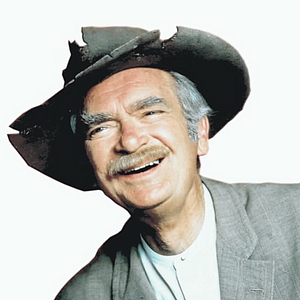 My Pinball Life - a Work in Progress.

First pinball I played was in about 1970 when my friend and I would go to the bowling alleys and pool halls to play.  I remember one time back then a tech was working on a machine, playfield up, and I poked my head in there to see the unbelievable array of relays, wires, and all the other “stuff” in there.  Remember those were the EM days.  Thought to myself, “WOW what a challenge that would be to fix.”

Graduated high school and moved away for college about that time and didn’t play pinball for almost 50 years.  Fast forward to 2017.  I stopped by a garage sale looking for nothing in particular.  Ended up buying two non working pins (Mata Hari and Bally Rolling Stones).  I had great memories of playing pinball as a teenager, and figured as a retired engineer I was up to the challenge of repairing whatever was wrong with these games.  I really enjoy(ed) fixing them.

A few months later these games were fixed, and I found two more projects.  Then another, then another.  OMG….is there a cure for this disease?  I think I had around 10 games by the end of that first year.  Some I sold, some I kept.  By the end of year number two I was up to around 15 keepers, and maybe half a dozen or so projects I fixed and sold.

2019 we moved and downsized and was forced to sell pins because just didn’t have the space in our new home.  Still buying projects and enjoying the restoration and repair time.  Now I struggle with deciding which ones to keep and which ones to rotate out.

I often think back to the days I played as a kid and seeing that tech fixing that game, and realizing how things worked out…..now I am that guy that is fixing these machines.  They say when you retire you need to find something to keep you busy.  Well, I found it.

Welcome to your new life.

If only every community had someone so inclined. You are a true asset to your area. Enjoy, and keep at it as long as you can!

If only every community had someone so inclined. You are a true asset to your area. Enjoy, and keep at it as long as you can!

Really enjoyed your story. Mine tracks pretty similar, except my teen hang out was a roller rink, "owned" the 4 Square there. Then over 40 years before actually owned first game. And not retired yet.

Thank you for your story- loved it. I grew up playing Mata Hari- what a great "gateway" game! I am glad for you that you have found a way to reconnect with meaningful youthful pursuits. That's the best way to stay young in one's retirement.

All the best to you- may you have decades of fun with pins and pin people!

Great story, I put pinball “away” for many years myself only playing my personal TZ and sometimes at the local pizza shop. I am back almost full time repairing, selling and trying to get more people into competitive play.‍♂️

Thanks for sharing Your story. This hobby is awesome. I do love the moment an old EM game is coming back to live after so many years.
Have fun with Your projects.

I enjoyed your story. Keep your passion!
If you come across a 2001, give me a holler;)

New here and really enjoyed your story. I’m looking to buy my first pin in many years. I’m excited to be in this community of collectors.

This gentleman is awesome

Your story has a familiar vibe to it. I enjoy repairing pins as much as playing them, and also faced with that difficult decision to keep or sell. Often people ask me what my favorite pinball machine is, and I respond with "the next one."

Jethro is being modest in his write-up. I was lucky enough to spend an hour or so chatting with him and reviewing his collection when I showed up to buy a spare wedgehead light box he'd listed on Pinside. In just that short time, I saw that he has done a remarkable range of work restoring his machines. For example, he goes deeper on the electronics than even most engineers, burning replacement ROMs himself and doing true debug on Bally CPU boards. And on artwork - he bought his Paragon with heavy playfield wear, so he *hand-painted* touch-ups to a highly detailed area of the playfield. Really inspiring stuff - Jethro is a pinball renaissance man. Cheers!

Wow...I had not been back to this story page since I wrote it, and am humbled by some of the comments and thankful for all the kind words and encouragement. I may eventually get to my first pinball convention (or whatever they're called), and meet some of you guys face to face. This is a great hobby and a bunch of cool guys! Cheers!