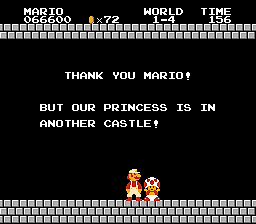 My table is in another castle...

In the 1985 hit game, Super Mario Bros., you guide the titular plumber named Mario through world after world looking for the princess of the Mushroom Kingdom, Princess Peach Toadstool. Every fourth level Mario finds himself in a castle level. At the end of the castle, Mario faces off against the Demon King of the Koopas, Bowser. To defeat Bowser, Mario can sneak behind him, and use a giant axe to cut the bridge that Bowser is bouncing on. Alternatively, Mario can hit Bowser with five fireballs as Fire Mario. Something curious happens with the latter. When Mario defeats Bowser, he learns that it was never Bowser at all, but an imposter disguised and imbued with his powers. Either way, it becomes clear that this castle was just a deception. When Mario walks to the end of the castle, he doesn't see Princess Toadstool, but rather a Toad who exclaims "THANK YOU MARIO! BUT OUR PRINCESS IS IN ANOTHER CASTLE!" 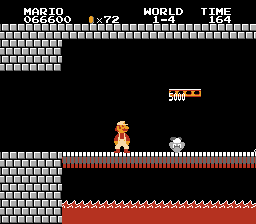 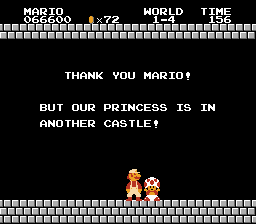 My journey to buy my first pinball machine feels a lot being Mario. Last week, I heard about a Pinball Machine owned by cable TV personality Mike Wolfe. It was a Super Mario Pinball machine. Affordable. Fun. Available. It hit all my checkboxes. This journey ended when the disguise was lifted, and I figured out the table wasn't really for sale. You can read the full story here. I had a backup plan. Earlier in the week, I found a website that sold pinball machines, and they have the 1992 Gottlieb Super Mario Pinball table.

After my 6-hour journey coming back from Le Claire to home, I booted up my computer to buy the machine. I was tired and feeling defeated. I navigated to the listing for the machine when I noticed something odd. The listing asked me for a quantity. It wasn't a dropdown either, but rather a text box where I could put whatever number I wanted. (Sidenote: Apparently there are two quantity inputs!) I put a 1 in the box and added it to my cart. I checked my cart and noticed that it was $25 to ship the machine to Washington DC. Perhaps they are in Washington DC? I thought. The site has a link that lets me change the shipping location. I clicked that and changed it to Kansas City. Weird... it's still showed that it would only cost $25 to ship. If you're like me and new to buying pinball machines, it turns out that $25 is an outrageously low amount of money to ship a machine. Typically it is going to cost around $400 to ship. Red flags are flying everywhere in my mind. Was this another deception? I decided to sleep on it.

I woke up the next day with the table still in my cart. After a good's night rest, my mind was sharp and I explored the site further. A few more red flags caught my eye: 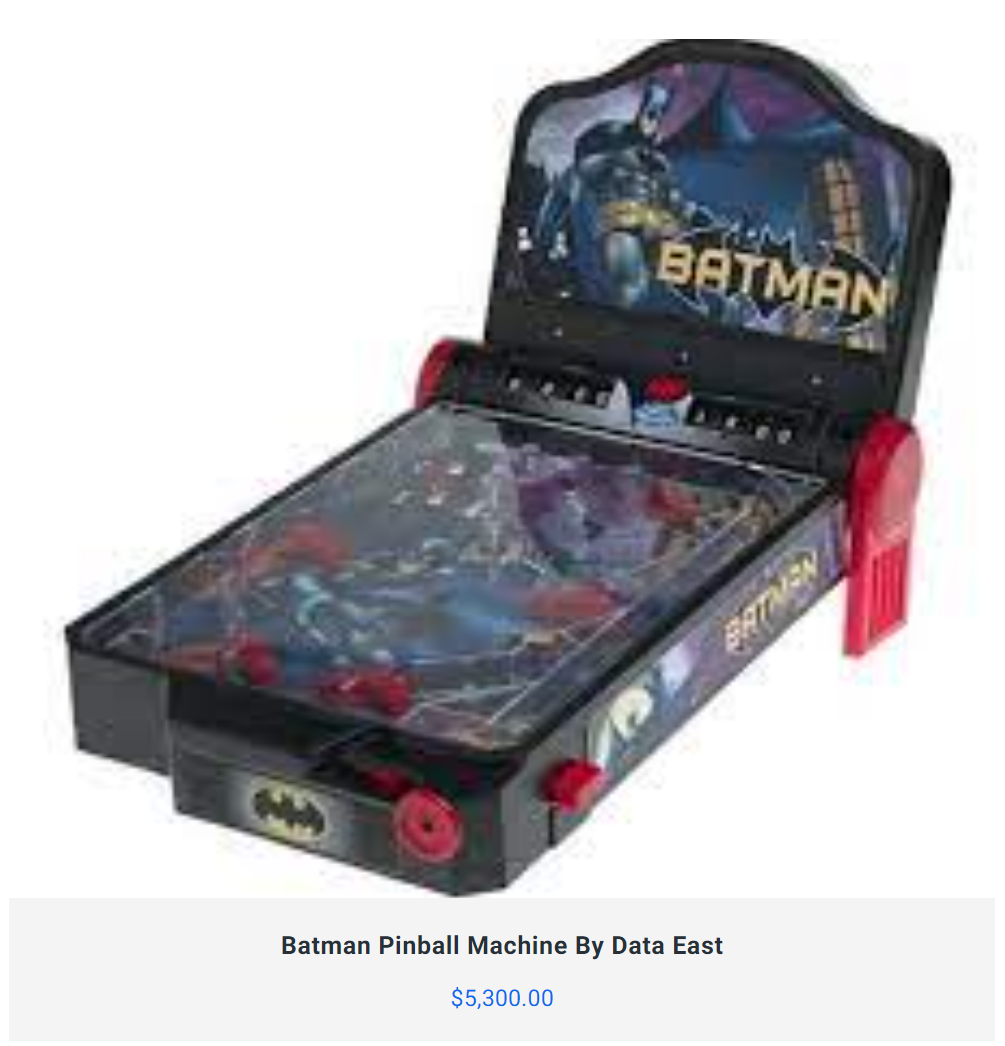 At this point, all was clear. This was a scam website and I almost fell for it. I was so frustrated over my interaction with the "American Pickers" merch store, that I almost let my emotions get the best of me. Oddly, this isn't the first time I've seen a scam site like this.

Kitboga is a Youtube content creator and Twitch Streamer whose mission is to educate people around Internet scams. Most of the scams he covers involve some variant of a tech support scam. Other common scams include Social Security scams, IRS scams, and credit card scams.

It caught my eye when I saw a Kitboga video suggestion in my YouTube feed titled "Don't Buy a Discount Puppy Online". I didn't even know that puppy scams were a thing, but one quick Google search for "Puppy Scam" turns up a ton of results! In this video, Kitboga calls the number on the site and plays a victim wanting to buy a puppy. Hilarity ensues.

The way this scam works is that the scammer finds photos of puppies online and throws them into an e-commerce site complete with marketing, fake testimonials, a phone number, and an online chatbox. The victim picks out a puppy, makes a payment, and then never gets the puppy. Crude, yet simple. This is further complicated by the fact that the scammer is almost certainly located in India; beyond the reach of the American justice system.

Before I continue, I want to make something clear. The average Indian is embarrassed by the fact that the vast majority of scam centers are located there. The vast majority of Indians despise the scammers, and the vast majority of scammers are people who are so impoverished that they have no other choice but to work for an international criminal. Heck, some scam center workers do not even realize they are working for a criminal organization. I do not want anyone to walk away from this article thinking less of people from India. They are good people and I count many Indians as my friends.

I always joked that perhaps if the scammers tried to dangle something in front of me that I actually wanted, I'd be more inclined to fall for their scam. Apparently, I was right. It appears that those same criminals who host puppy scamming sites have branched out into other areas of fake commerce. I copied the phone number from the fake pinball site and did a quick Google search. Several of the results came up on scam reporting sites including a report on this number belonging to a fake Sphinx Cat seller. Unlike the pinball site, this one included an address... to a random house in California.

And there we have it. My table is in another castle. I've reached the end, threw five fireballs at Bowser, and have learned that my table is in another castle. There is one last thing that I forgot to mention regarding the 1985 Super Mario Bros. When Mario gets to the final castle, he faces off with the real Demon King of the Koopas, defeats him, and claims his princess. 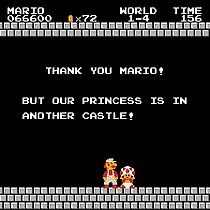 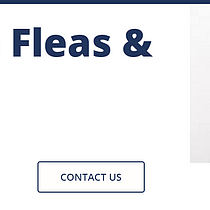 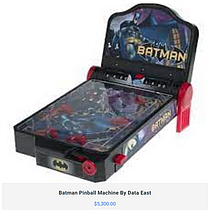 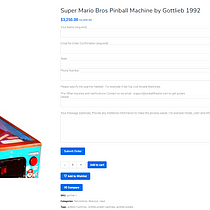 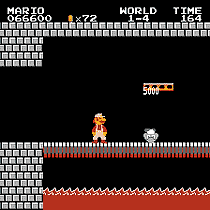 Sucks that you've had two poor experiences when trying to buy your first machine. I learned very quickly to buy from verified Pinside members. Not that there aren't bad experiences occasionally here, but generally, you will see good people that are excellent to work with. Good luck!

I sent you a person that is selling in Canada

Aww man I was hoping for a happy ending! Find you some local pinsiders or distributor and you won't be very far away from legitimately getting your first machine.

Don't give up! Keep throwing fireballs and you too will eventually claim your princess.

Also, don't settle for less than what you really want. Make sure you know what it's worth and have the money ready to go and get the game you truly want for your first machine.

For me, my first machine holds a lot of sentimental value and I would not want it to be a game I didn't truly appreciate and isn't going to stay with me forever.

Keep at it, pinside is your friend, and when you finally are successful and have it in your home it will be a beautiful, beautiful day.

Jason, don't give up but suggest you look local. There are plenty of good pinball machines locally. Key is to be patient. To chime in with the above statements, Pinside is a great place to find sellers although I suggest you look for established members and not someone who just joined (usual rules of the road stuff).

Please make sure you post pictures of your baby when you buy it.

Have patience and good luck.

Thanks for the encourgement, y'all! It means a lot to me. I'm taking a brief break on pinball hunting to focus on another side project. This side project is around building a one of a kind arcade machine. That being said, I'm drafting up an article on how I was able to determine the market value of the machine I'm hunting for. Hopefully it can help others trying to find their first machine. I'll try to get that finished up and published in the near future.

This page was printed from https://pinside.com/pinball/community/pinsiders/jasonthompson/stories/my-table-is-in-another-castle and we tried optimising it for printing. Some page elements may have been deliberately hidden.