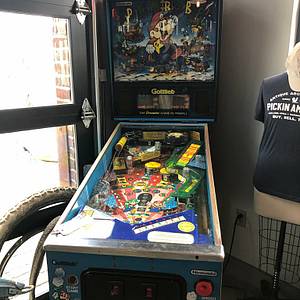 I don't have cable TV. There's just more fun things to do in the precious few hours of free time I have each week than to watch content about people living their lives between a deluge of ads. Apparently I'm the exception. A friend of mine took a road trip and along the way stopped at an "antique" store owned by Mike Wolfe - the main character of one of those fake reality television shows that airs on Discovery or History or TLC or something like that. My understanding is the show is called "American Picker". My friend is a fan of the show. While in the shop he spotted something that he knew would peak my interest. A 1992 Gottlieb Super Mario Bros. Pinball machine. And it did.

I've never been able to afford a pinball table, but have always wanted to own one. I knew if I ever bought one it would have to be the right table. Over the years I narrowed down my choices to two tables. Doctor Who or Super Mario Bros. I played Doctor Who at my local pinball arcade and it's okay. The rules are complex and games are short. Then I played Super Mario Bros. through some emulation. Unlike Doctor Who, Super Mario Bros. is very playable. A single round on that machine can last me 30 minutes or more. I think the kids would enjoy it more too. I have my mind made up. Someday I'm going to acquire the Super Mario Bros. machine.

Zen threw out a question on their twitter page asking what machine we would love to own from any manufacture. I quickly tweeted back "Gottlieb's Super Mario Pinball!" never expcting I'd get to see one of these tables any time soon. A week later my friend texted me the picture. The photo made the machine look nice. I was stunned. I asked him how much it was selling for and whether or not he was still in the store so I could buy it. He said he had taken the picture a few days earlier and thought it was something like $1,500 or $2,000... maybe even $4,000. I needed to know more. 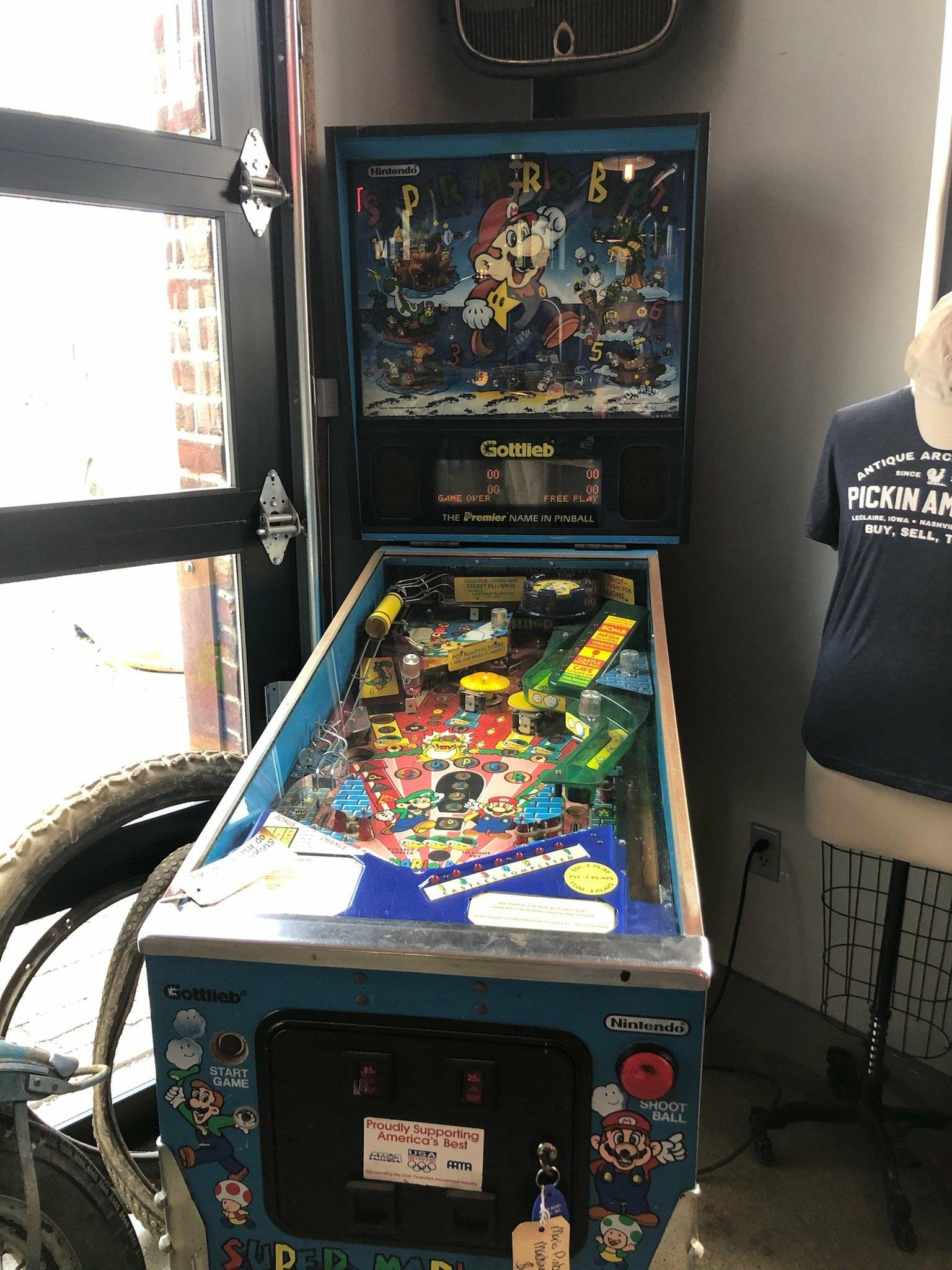 "Don't you have any more questions?" Emily asked.

"Nope. Thank you and have a nice day!" I responded.

A few days later and I'm thinking about this machine. And then it hit me. Pinball machines typically maintain or appreciate in value over time. Maybe this wouldn't be a waste of money on a fancy toy, but rather an investment - especially if I took good care of it. Now with a number like $4,000 running in my mind, I thought, "Maybe this machine is in incredible condition. Perhaps it even has some mods that make it worth $4,000. I should sell some investments and buy this machine." I talked it over with my wife and got her blessing.

I called back. No response. I emailed. No response. I eventually texted Emily at the number she called me from letting her know that I was more open to $4,000. She gave me a call back. The call was unusual. I told her that I was from KC and wanted to look at the machine. She said, "I don't know anything about pinball, and I'm not a very good salesman. The machine is in poor condition. I'm going to text you pictures. But like the flippers don't flip. We tried putting coins in it and it doesn't work." 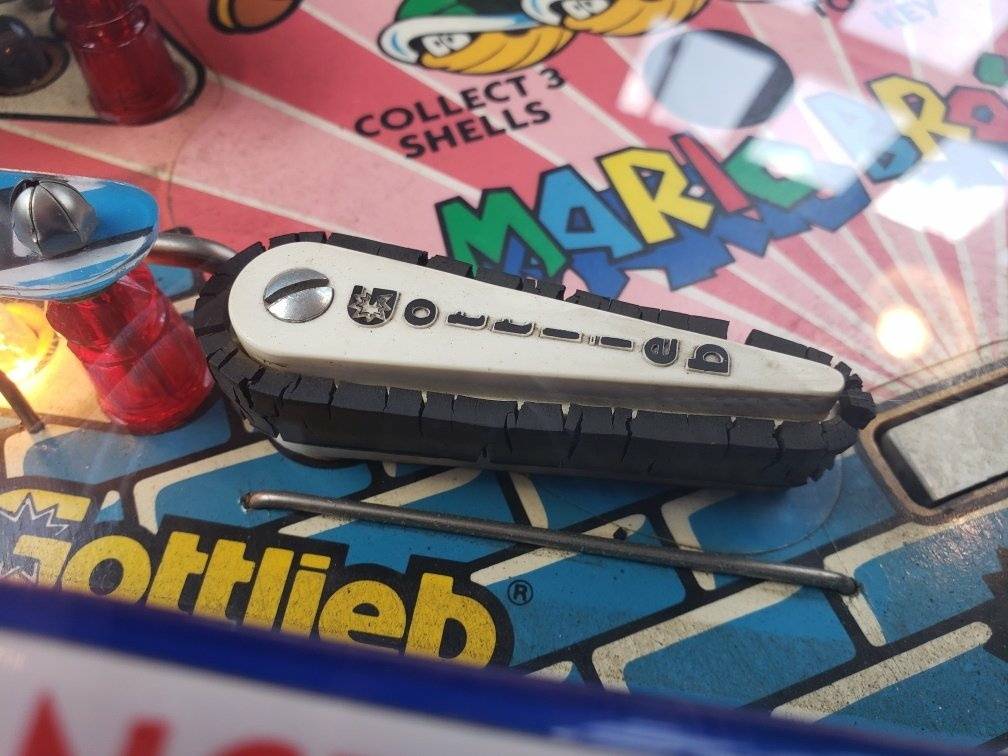 "Okay," I said. "It might be worth restoring. I'll come up sometime this week. Maybe tomorrow?"

"Sure. I should be here tomorrow. Just ask for me when you get here," Emily said.

I did some research and figured out the historical sale amounts of this style of machine. All of the data I had were regarding machines in working and clean condition. It seemed that a working clean Super Mario Bros. sells for around $3,000 ± $500. I thought that if I showed her this data we could reach a reasonable agreement. Given the quality of the machine and the data, I'd say that it's worth probably $1,800 at best. I was going to offer quite a bit more to guarantee me the deal.

I made my way up to Le Claire with my wife listening to the book "Ready Player One". A book with heavy themes around arcade culture seemed appropriate. After finally arriving, I found the store. I took a deep breath. Negotiating isn't something that I enjoy doing, but this seemed fairly obvious. After all she told me that they know nothing about pinball. They probably just priced it too high.

I get to the store and asked for Emily. A lady said, "Oh you must be Jason. Emily said you'd be here and asked me to help you in purchasing the machine."

I looked at the machine, and it was in ever rougher shape than Emily described. It was rusty, the rubber rings were all cracked, some parts were even missing! I looked over the machine with Amy. I pointed out the various issues it has besides the fact that the flippers don't even flip. I pulled out my data on historical sale prices from the past two years. I asked, "Based on this data, what would you say a clean working machine would sell for?"

"And what we have here is a highly neglected machine that is obviously worth a lot less. $4,000 is way too high. I will buy this machine today if we can get it to a reasonable price." I explained.

"Well, that does seem reasonable." Amy agreed, "Let me go to the back and see what kind of wiggle room we have."

I'm looking over the machine some more when suddenly a different woman stormed towards me. She seemed a bit stress. "I'm Emily and I TOLD you that the price was FIRM! I tried to warn you not to come here by pointing out all of the flaws in the machine."

I was a bit startled by her frustration. It was the attitude of a fast food manager after someone asks for a vacation day to go to their grandmother's funeral. Besides, she did not tell me it was firm. Perhaps she intended to. But I showed her my data. She explained, "I don't know what ANY of this means. I'm not a pinball appraiser."

I tried again, "You said it's been here for months. I want to talk about buying it at a rational price. I want to make a generous offer."

She seemed frustrated. "This is Mike's store and he can run it however he likes!"

"Well... can I talk to this Mike guy? I'm sure we can come to an understanding," I asked.

Apparently Mike is a super mega cable TV star. And it was a huge mistake for a complete nobody like me ask for any of Mike's time. "No!" said Emily, "We knew you were coming and Mike told me that we cannot budge at the price."

"But it's unreasonable. Here, let me show you the data." I tried.

She was having none of it. I looked over to my wife. I said, "Perhaps we should buy the one listed online for $3,200?"

There was one I saw listed online. So I wasn't trying to be deceptive. I would learn later that this $3,200 one was a scam, but that's a different story.

At this point I got the feeling that Emily just wanted me to leave. She said, "I'm going to leave you two to have your private conversation by yourself. GOODBYE!"

And so I left. My wife and I walked down by the Mississippi River and we sat on a bench. As I watched the barges go by, I tried to process what had just happen. What went wrong? I pulled up reviews about the shop and many of the comments were similar. These aren't antique stores. They are really merch stores for this "American Picker" TV show. It finally clicked. This store never had any intentions of selling the machine. In fact they really didn't want me to buy the machine at all. It's not there to be sold but rather complete the illusion that this is an antique store. It's priced low enough to disguise that it wasn't for sale and high enough that no rational person would buy it. The average person would not know that this price was more than double what it should have been.

And this made me sad. Here's a rusting machine sitting in a store with kids sticking garbage in its coin slot. It will never sell and eventually find its way to a dump or be broken up into parts. Meanwhile I would love to buy this as my first pinball machine, and restore it, but cannot. It's a shame.

I don't think this trip was a waste. I am glad that I was able to walk away even after putting so much effort into acquiring the machine. I also took time to reflect. What am I hoarding that others could enjoy more? That being said, my journey to own a pinball machine continues. My table is in another castle. 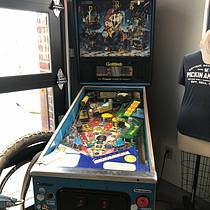 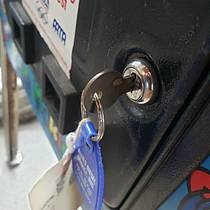 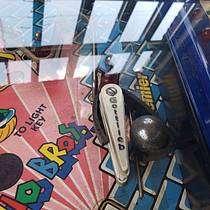 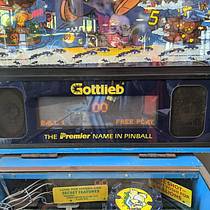 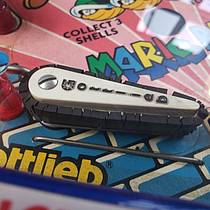 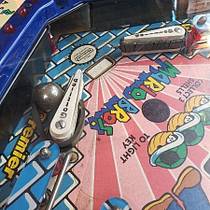 My friends sent me pics of the same machine, it was 4700 at that time.

There's no business like show business.....this pinball unfortunately ended up as a prop. You will find a good deal elsewhere one day.

Thanks, Malibro! Finding a deal would be awesome, but I'd settle for "just a little more than what it's worth".

Sorry to hear about that. Some people are just impossible to deal with. Hopefully you're able to find a cool machine at a reasonable price!

That sucks. My advice would be buy from a fellow Pinball collector. There’s nothing worse than dealing with “non-Pinball people“ trying to sell a game. They are clueless