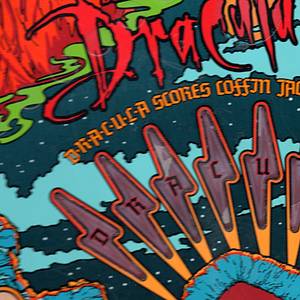 Being an engineer by background, I really enjoy restoring pinball machines. After successfully restoring a Judge Dredd and selling it to a co-worker, I began searching for a game requiring significant work. I knew I had to move fast when such a game became available. Luckily on a work day-off, I found a BSD that was advertised locally on Craigs List as "a BSD needing work". I quickly contacted the seller who was a young, honest man looking to upgrade to one of the newer Stern games (i.e. AC/DC). He offered to show me the game at his home immediately. The game was pretty beat up but worked 100% (a players game). I was ready for a big restore challenge, so I left him a few hundred dollars deposit and told him I'd pick it up the next day, which I did. A very quick and smooth transaction at a good value.

The first thing missing was the original speaker panel and graphic. (It was replaced with a cheap reproduction that didn't look right at all.) Researching all the on-line pinball parts stores, I quickly realized BSD parts are not easily found, and started to get bummed. Pinside was my next logical place to search. I created a "wanted" post, and immediately received a PM from an unfamiliar member with an available speaker panel. He indicated that my name seemed familiar and that he thought we had met me before. Turns out that we have a mutual friend that we both contacted at roughly the same time, asking the same question, "Do you know (so and so)?". Yes, we know each other. He sold me my Twilight Zone, and we have talked a few times at the Rocky Mountain Pinball Showdown. He lives a only few miles away. He had just bought a non-working BSD, was having second thoughts about restoring it, and offered me the complete game, as is, for what he paid for it, $300. It had a nice cabinet and a better playfield than my "beater" game. I immediately bought it with the goal of combining the best parts from each machine. We were both happy with the deal. How lucky was that given the scarcity of BSD parts?

As it turns out, buying the non-working "parts" machine was true pinball karma. I have not had to buy many parts at all, besides a single plastic and a new DMD. By combining the machine parts, I've created a very nice restoration with a beautiful touched-up cabinet, good plastics, a nice touched-up playfield (that I have clear-coated), and I have a lot of spare parts. I'm still in the process of transferring the working parts to the new playfield and am having a blast restoring this game. I already have recovered the cost of the parts machine by selling miscellaneous parts to Pinsiders as they need them. And, I will have many spare BSD assemblies, a spare playfield, and a spare cabinet left over and available after completion.

Through this process I have met and helped many Pinsiders and have learned much through the site, including an introduction to P-ROC which satisfies my desire to learn how to program a pinball machine. My restored BSD will be the platform for me to use P-ROC to create custom Dracula rules, DMD graphics and sound. This story demonstrates the value of Pinside, how willing its members are to help others, and the wealth of information available in this non-threatening forum. The pinball community is close, and the hobby is going strong. Many times, the answers to our pinball issues can be found just around the corner, and sites like Pinsides can lead us to them. May pinball karma be with you too! 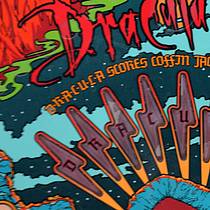 Great story! As a future engineer (mechanical) I look forward to working on my own machines as soon as I have the money, and time...

Yes....I'd love to build my own game from scratch, but the time is the killer. Good luck on your mechanical engineering degree. My daughter is entering college this fall in an Electrical Engineering program. My wife is also a EE. Our daughter was cursed!!!!!!