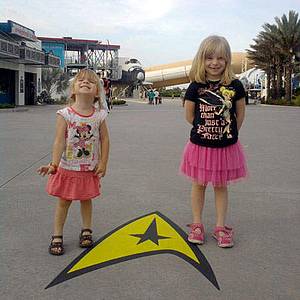 An Idiot's Quest Leads to Space...

I owe it to Rudy and Roller Coasters.

As a kid growing up in the 80's, pinball fascinated me. It was rare enough to visit a skating rink or bowling alley, and those clanking, flashing, glittering afterthoughts they housed on the side captivated like little else. Especially when I finally decided I’d scuffed my butt too much, or bored of waiting for a dropped bowling ball to ooze down the lane. Trouble was: at those places, my parents expected me indulge their marquee function - not wander over by the ne-er-do-wells at the bar to waste precious spare change in a pinball machine. And when I risked the sneak-off, waste I did, because frankly, I sucked. I was 9, 10, 11 - barely tall enough to reach let alone make sense of it all and those blasted machines were rigged I tell you because my parents told me so...!

I might have fared better at an arcade, but when you’re a kid you’re concerned mostly with kiddie-gambling rewards for luck and skill, and I never saw a pinball machine spit out prize tickets. Once I got too old for chinese party favors and won all the lava lamps and novelty phones I could want, racing and fighting games were the rage that earned cred. Pinball was an occasional novelty if you dared slink to the forgotten machines in the back corner. I did once or twice, but never seemed to get a decent score. That was the sole objective - try not to lose the ball and get a high score, right? So why is it that allegedly “to be good you gotta smack the machine around” but every time I try that it locks up? Bah!

And yet: the sounds, the kinetics, the artwork, the lights… oh it would be so cool to have a pinball someday. Heck I might even figure it out and be good if I owned the luxury. But enter adulthood and moves and culture shocks and jobs and family obs other hobbies and… oops. Along the way I got married and had kids; given the other half’s general indifference-masking-disdain for videogames and other loud electronic toys, well… you know (better than to ask! that is).

Fast forward from any point of past reference: in December 2013 we take our two young daughters on a 2 hour road trip to an open house northwest of Cincinnati. A well-off dude has a gigantic train layout over his garage, plus an art collection and basement game room open to the public as a charity fundraiser. Bad weather hinders turnout so we enjoy a fairly open reign. We go for the trains, then of course check out the gameroom. The kids have a blast trying different games in the well stocked room but lo, a collection of pinball! They’ve never seen one, and it’s been easily 20 years since I laid hands on a machine. Addams Family, Roller Coaster Tycoon, Funhouse, NASCAR, and one other I don’t recall teased us. They were new-looking and all free play.

“Hey Slick!”... Rudy got my attention. Oh yeah? It’s free play you little b******.... finally, a chance to take my time and read a rules card on a clean machine… WHOA. There’s more to this pinball thing. And damn, did all pinballs have crazy targets and changing objectives and “missions”? This isn’t fun. Holy crap, this is AWESOME. Shut up Rudy!

Of course I didn't want to hog the machine for too long, and had to help my kids, and wanted to see the other stuff. After half an hour of exploring I realized I hadn’t seen someone the whole time …

...turns out my wife of 12 years and friend of 6 prior, is a closeted pinball fiend. She’d been sucked into Roller Coaster Tycoon even while I’d been battling Funhouse. She seemed pretty competent too.

On the way home, as I’m fighting sleet and traffic in unfamiliar territory, my wife - an avowed miser when it comes to the purchase of anything larger than a coffee table - says: “Know what? I think we should get a pinball machine.“

Um. What? She can’t be serious. This isn’t happening... wipe that grin off your mug and Poker Face. “Uh, OK? I guess I can look around… but I don’t think they’re cheap…”

Of course I knew they weren’t cheap: Unbeknownst to her, in years past I occasionally looked, but multiple grands for the nice looking quality player she’d be willing to have in the house was not an option. And a few hundred for a fixer wasn’t feasible then either. But over the years I’d developed a lot of knack for related things; a grand was still beyond the budget, but a reasonable fixer would be ideal if it ticked the right boxes.

I hopped on Craigslist that night and looked around. Funhouse? Roller Coaster Tycoon? Um... notgonnahappenonourbudget. But almost divine immediacy I discovered a title I’d no previous concept of. And the price at $900 asking seemed doable. But this is only the first title I’ve seen, on the first day. Who jumps on that, when they know nothing? I may be an idiot but, let’s research and sleep on it a while.

The more I slept, and the more I researched, the more that title made sense. The more the price seemed reasonable. Looking at the title’s history, the more it fit my sensibilities. And some personal family memories. And decorating aesthetics. And…

Oh well. The die had been cast to search for something, happily related to this photo we took on our grandest adventure in 2011...

Yep, in honor of our whirlwind effort to see STS-135, aka the final Space Shuttle launch, what better machine could there be?

It only took another 10 months, but finally, on October 3, I took the seats out of the ol' Aerobarge and drove - ironically enough NW of Cincinnati again - and loaded up our first pin baby:

For $550 it demo'd well but needed a little work of course. It was actually playable pending some minor tweaks which were my original sole intent. After I got it home, I addressed them successfully but the rabbit hole (or should that be black hole given the space theme?) opened: I found Pinside, ideas, and 3...2...1... BOOM

I'm limited in what I can do, but I'm going to try and breathe as much renewed life into this as I can, and see if I can stay under a grand.

Will I succeed? Thanks to this site I feel off to a good start...

goingincirclez edited this story on October 20, 2014. 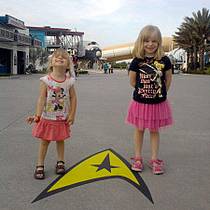 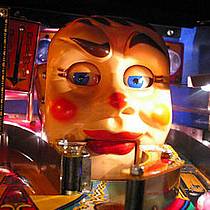 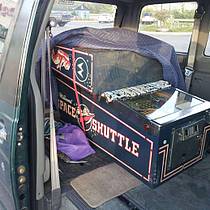 Dude congrats! Space Shuttle was my first pin too! It won't be long though before you start having a separate line item for pinball machines. Your desire for a FH or RCT will grab you before you know it!! And you have a great, supportive wife to only make things better!

Space Shuttle is a great game - have fun

Great read! Congrats on a great pin, and thank you for sharing your story. My advice for buying the more expensive pins is to be patient and save little by little over the year. I opened up a separate bank account at a local credit union out of my way. I have my regular accounts - business and personal at one bank, and have a "pinball account" at the local credit union. I don't know the account number, I don't have a check card, and I don't have a checkbook for that account. I simply take money ($100 cash here and there) from my "regular bank" and deposit cash only into the new account. The only way I can pull money out of that account is to physically go out of my way to go withdraw it. The only time I do that is when I know I've saved enough for something I want - that something, recently, is the Pinbot that I've wanted since I was a kid. I'm finally getting it in two weeks and couldn't be more excited! :)

Man, that gameroom must've been a Pat Lawlor shrine with those games! And that Space Shuttle is a great pickup!

Thank you for the comments and compliments, all. The bug is biting! I haven't even finished going through my Shuttle and I already have a short list of future wants, oops! FH would be great, but owing to personal interests, Whirlwind and Dr. Who have to be right up there. So in due time, who knows? I might have to cash out some other collections to free up space and $. But I do enjoy working on this so far!

Oh yeah, speaking of, the Shuttle resto (I hate to call it that... it's more of a "rehab", "recondition", or "renewal") is coming along, slow and steady: https://pinside.com/pinball/forum/topic/space-shuttle-rehab-by-a-pin-newbie-oh-noes

2flippedout: I remember the Pinbot NES game I had as a kid... used to aggravate me all the time and I was fascinated, but I've never seen an actual pinbot in person. From what I gather looking at them online though, I'm sure you'll enjoy it!

Great pick for your first game. Luck rewards the patient! Enjoyed the story. Fair warning though... Late at night, when no one is looking, the pinball machines tend to multiply.