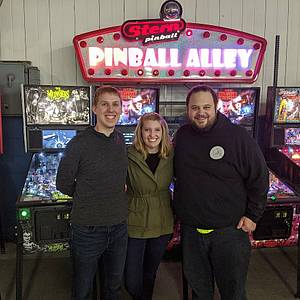 The Friends We Made Along the Way

This story got featured & frontpaged on November 16, 2022

I caught pinball fever in the fall of 2019 when it spread to me from one of my closest friends. The real story begins the previous summer in 2018, however. As a lifelong Nintendo fan, I somehow convinced my boss at the time to fund my dream of building a full-size arcade cabinet. Rather than him spending the money on a pre-built solution, I figured I could build two machines for the price of one. Now, did I know how to build an arcade machine? Long story short - it was a real adventure, and I wouldn't have been able to accomplish this feat without significant help from my wife, Bri, and our best friends, Brian & Devyn.

Along the arcade journey, I decided we should probably visit some arcades to draw inspiration from. Brian discovered the wonderful Arcadia Arcade Museum owned and operated by John Yates in McLean, IL. I had a blast playing all the original arcade games from the '80s. But not only did the museum feature arcade games - there were dozens of pinball machines! Between the two of us, we had only played a handful of games of real pinball up to that point (our experience was limited to Space Cadet on Windows). After numerous trips to Arcadia throughout 2018, Brian made the decision that it was time to finally obtain a game of his own. I'll let him share his story in greater detail on his profile, but my wife and I became hooked on pinball after playing his Star Trek LE. As we were in the process of finishing our basement, we set aside funds for our own machine and ended up with a Guardians of the Galaxy Pro in October 2019.

Since then, we've been spreading pinball fever throughout the rest of our friend group. Whether it's group trips to Pinball Expo in Chicago, repeat visits to Arcadia, or hosting small groups at our basement arcade, pinball has been a great shared experience for our friends and family. Even through the COVID-19 pandemic, we were able to expand our home collection as we waited for arcades to re-open. We purchased and fixed up an old Batter Up from the Arcadia warehouse, bought a couple new pins in Led Zeppelin Premium and Cactus Canyon Remake SE, and just recently brought in a Star Trek Pro, as Brian had since cycled his LE out of his collection.

We're been incredibly blessed with great friends, nice paying jobs that can fund this hobby, and many other blessings along the way. Future pinball purchases are now pushed a bit further back in our minds as we're ready to welcome a baby girl (our first) in February, and our friends are also welcoming their second baby girl in December. The hope is for the bug to continue spreading to the next generation and their future friends and family!

I just quickly wanted to thank my best friends Brian & Devyn, Jeff, Hayden, my mentor Faisal for commisioning the arcade machine, and John for building Arcadia. But most importantly, I want to thank my wife Bri for all her love and support. Pinball has been such a fun escape since it entered our lives, but the real treasure is the friends we made along the way.

fastdatasci edited this story on November 13, 2022. 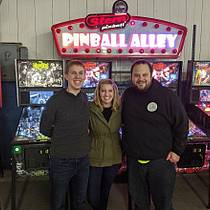 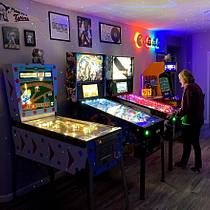 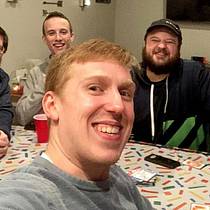 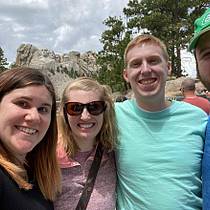 Awesome Ben!- Basically same story with me as well (without the wife and kid). Started collecting upright video arcade machines in Oct. '18, then got a 1979 Stern Magic Pinball machine (in a bulk deal)...I hardly gave pinball a chance in the 80ies/90ies-I thought they were for 'old people'..until recently, lol. I slowly, then went quickly pinball; I have 20 highend machines now, including a linked pair of NBA Fastbreaks. I've been selling quite a few 'Vids' since the shutdown, but without those poor scores and all those vid-pickups, I wouldn't be anywhere close to buying just one pinball machine. I now have life-long friends in this hobby/biz. A have a life long buddy now who bought my T2..He drove from Montana to WA to see his older parents..but stopped by here just last week, played a lot of pinball (he's a good player, so I learn from him). I have at least a half-dozen close friends from all of the arcade world..and countless others on social media.

Rad story!
You'll find that pinball is even better as a dad. It allows u to stay close to ur kids and never feel like u need to escape out of the house like many dads do with outside hobbies once per week

Congratulations on parenthood. Love the game space you've built out. What an experience it's going to be to share that with your daughter.

Nice!!! My daughter 3 1/2 loves going downstairs and turning on all the machines. GOTG and Godzilla are her favorite. Your basement looks awesome!