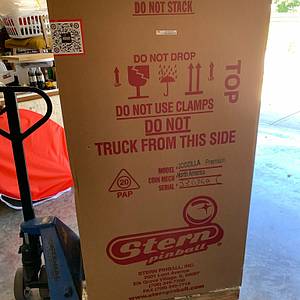 Son of the atomic bomb...the sacred beast of the apocalypse has arrived!

It was delivered Monday June 27th, 2022 @ 11am EST... I'm surprised that I've stepped away from it long enough to write this Pinside story. Yes, I am a proud owner of a Stern Godzilla Premium pinball machine and I am #336368C's first owner. It is my first foray into pinball ownership and I am BEYOND stoked!

I've been a pinball fan for a long time. The first machine I can remember playing would have been in '88 or '89 and it was a Williams Pinbot in the pool room of Cressmoor Lane's bowling alley where I would play every Saturday morning waiting for my mom to pick me up from my youth bowling league. I would play all of the early 90's greats in that same bowling alley, Data East's Jurassic Park and Batman, and Bally's Addams Family and Twilight Zone among many others. From that first Pinbot moment, I'd seek out and play pinball wherever I went, be it on family vacations, bowling alleys, movie theatres or pizza joints.

If I've been playing pinball since '88, I've been a Kaiju fan since '85. I can remember going with my parents to video rental places and picking out Godzilla and Gamera movies to watch. I would grab my dinner table booster seat and an old comforter to build an island in the middle of the living room floor to eat my popcorn and watch giant monsters tear up towns and terrorize the coastlines. I would pretend to be Monster Island with my 13" Imperial plastic Godzilla and a fistful of popcorn. My favorite film then and today, is Godzilla vs. Megalon. I abused the hell out that VHS tape. I've owned that movie on VHS, DVD, Blu-Ray and yes, I now own it digitally. To this very day, I still cherish all the crazy sound effects of monster cries, breath weapons and maser cannon fire, not to mention the classic monster intro themes.

When I knew I was going to be buying a pinball machine, I wasn't a Pinsider. I wasn't engrained into this culture. I had no idea this culture existed. All I knew was that I loved pinball and I wanted to own one. The first thing I did was look up themes to try and find a theme that I can connect to and enjoy. As soon as I saw that a new Godzilla machine was coming out, I decided on my target. Of course I was excited by the mechanized building for Godzilla multi-ball, and equally excited by the giant Mecha-Godzilla in the playfield, but I didn't know anything about the game that what would make it such a great game deserving #1 spot. I just kind of lucked out.

I did of course get to play the game before I owned it. I am a comic nerd first and it happens to be I have one the greatest local comic shops in the history of comic shops. Not only a stellar comic shop, but also a pinball arcade. Comic2Games of Florence, KY (15 mins south of Cincinnati, OH) has over 40 games available to play. This is where I played Stern Godzilla LE for the first time. It was here where I asked the owner about pinball ownership and mentioned I just put down a deposit on a Stern Godzilla Premium. He was the one that turned me on to Pinside and this most amazing culture of pinball. Oh... and mods... don't get me started on the mods... I have a Jet Jaguar and Red Bamboo Fighter Jet toys for the playfield and just recieved my Mothra Egg Shooter in the mail yesterday... I don't think I can stop... I'm looking at teslacoils and oxygen destroyers and hinge decals and upgrading my Godzilla toy and Xillian spaceships and flaming speaker kits with city skylines... the freakin' mods man!

Everyone I talk to says, "One will turn into three before you know it!" I don't know that I will tire of this one anytime soon... I've yet to beat Megalon... but... I am eying that Ultraman... anything Zombie Yeti has done... a Data East Jurassic Park is up for sale less than an hour from me in my price range... I do like that new Black Night, Anthrax is bad ass... I'm pretty sure I'm addicted.

Thank you Pinside for being this amazing destination on the interwebs, keep being awesome!

Thank you for letting me share my story,
-DougVonDoom 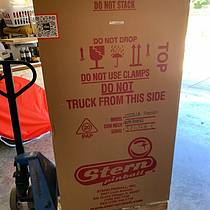 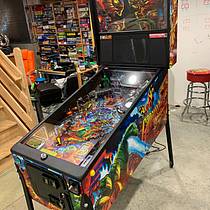 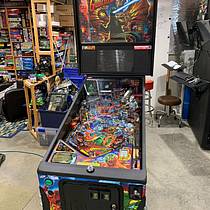 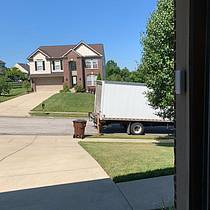 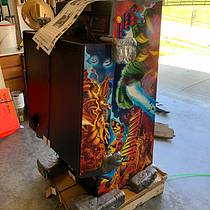 Just read your highly enjoyable report. The planets certainly lined up for your first pinball purchase.

Way to go with your first pin and sharing your story. I had a chance to play a Godzilla Pro at the Pinball Hall of Fame in Vegas. I must have played thirty games that day and Godzilla ruled supreme. Godzilla is a cool theme, with a lot of potential for mods. How about using a 3-D printer and designing your own mods? As a Godzilla fan, that could make your game unique.

Hopefully you have a basement back east. Houses rarely have them here in California. If you don't have space, be prepared to start moving furniture into storage as your collection increases. 1 game owned turned into 8 for me pretty quickly. I think it may be cheaper to finance a cocaine habit than to be bit by the pinball bug!

Awesome story. Fun read. We all have our reasons for entering the hobby. Mine was Williams IJ. I bought it years ago because I was (and am) a huge Indy fan. That started me on this pinball adventure that I have grown to love (and become thoroughly addicted to). And, yes, these games tend to reproduce. I now have 9 games with a CCr LE on order. From one pinhead to another: welcome to the hobby.

Great story. Happy to hear you got into the hobby at just the right time to get a machine that resonates with you and is such fun to play. It's always funny how just one turns into 12 before you know it.

Oh bro, you will have a dozen in no time!