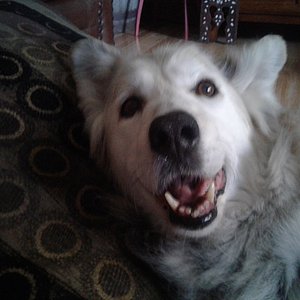 I've been thinking of my dad lots lately who passed in September 2022. My pinball/arcade/video game addiction started with him. I was three years old in 1981 when he bought the family a Atari 2600 for Christmas. He would always play a game when I handed him a controller. I can remember him hogging the Atari out at the cabin playing that shitty pacman game. He bought the family a Commodore 64 in 1984. Whenever we would travel and there was a arcade in the hotel, he'd come down and play some games. One of my favorite childhood memories was buying Tetris for the Nes in the early 90s. I went to Prince George, BC on a business trip with him for a week. I got him hooked. We stayed up past midnight playing it all week. He also bought us/me a Solar Fire pinball in 1992 when we moved into a new home and back to the city. We would always play cribbage on weekends watching college football and American Gladiators. We had Edmonton Eskimos season tickets and loved going to games with him. Chewing spits and peanuts. Rooting on the home team. He was on the road lots growing up (salesman) but if he was in town during one of my games, he was in the stands cheering me on. I loved playing catch with him in the yard after dark. He had a really good arm. We always wanted a pool table but the houses we lived in couldn't fit one. When he and my mom retired out to the lake, the first thing he did was buy a pool table. Any visit out to to dad's, me and him would play all night. I proudly have his table setup in my basement and my wife and I play 20 to 30 games a day on it.

I miss you so much pops. Thank you for all your love and support.

Deeply sorry for your loss, I can relate to your story in some ways. Thanks for sharing your feelings with us. Stay strong during this mourning time.
Sincerely,
Ludo

Sorry to hear that. My dad passed away in the fall of 2020 and my mom passed away a year after that. Loosing your parents is a very hard thing especially if you had a close relationship.
It took me a long time to move on and I still hurt and miss them everyday but it does get easier over time.
At least you have lots of good memories to be thankful for from all the good times you had together.
Take care of yourself.

Sorry for your loss.

May you and your wife continue to enjoy many many good years together, continuing to enjoy the pool table.

Thank you for sharing with us such warm memories.

It's been 7 years for me loosing my father, he loved pinball I remember when he told me I love those sounds it was a space shuttle .I picked it up for him got it all back to life tricked it out refurbished it he loved it and he told me stick with this hobby .It's good for you it's good for everyone. God bless you..sorry for your loss I think of my dad every day..

A very touching story, thanks.

Let’s hear it for all the great dads out there. So many people grow up with a lame parent or both…. let stories like this inspire those yet to be.

My condolences. You are blessed to have had such a great father. :)

Lost my dad also in September ‘22. I remember watching Indiana Jones and the Temple of Doom with him in the late 80’s over and over. Just had an IJ restored also.

Sorry for your loss

This page was printed from https://pinside.com/pinball/community/pinsiders/dirkdiggler/stories/rip-dad and we tried optimising it for printing. Some page elements may have been deliberately hidden.