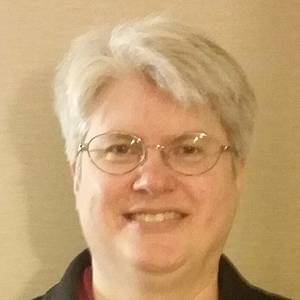 A Half Century of Pinball

I first played electromechanical pinball machines on vacation at various resorts in Cass Lake Minnesota. In High School I played games at several local arcades and at the hot dog stand near the High School, Fiore's. My uncle owned an arcade game company in Alaska, and he got me in to the Amusement and Music Operators Association shows in Chicago.

Later, I got a job with a company named Universal Research Labs, a subsidiary of Stern Electronics. I worked on video games like Scramble, Super Cobra, Turtles, Amidar, and Qix (which we built for Taito America). I also worked a little on MPU, SDU, and DA boards, but the pinballs were all assembled in the Stern plant in Chicago.

Later I moved up to Market Research, and got to see a lot of new games under development. If you've seen the video game Rescue, I'm the one who suggested the "bonus" levels where you just try to rescue as many swimmers as possible. It was here that I got to play Hypnox, a game that I really wish had been released. It was a lot of fun to play.

One of our truck drivers had purchased a game from Stern, and decided he didn't want it, and sold it to me. I've had Cue since the 1980s - nearly four decades. I like to say it's a good game to play while eating pizza, because you don't have to suddenly hit a flipper switch: the ball will patiently rest at the end of the flipper until you finish your slice.

I still like playing pinball, but I'm not crazy about the video game portions of some machines. I think the sweet spot is games like Black Knight - enough activity and features without becoming overwhelming.

Thanks for sharing your awesome history in gaming and pinball. Love your Cue machine and thanks for posting a video on it.
As an old schooler myself I have to agree that sometimes we need a fine balance between video and pinball. For keeping pinball alive for future generations though they do need to cater to more video gaming elements and video in general to keep up with short attention spans. Oh look ---puppies.

What an incredible story. Thank you for all you did to help make some great games. I played some of the ones you mentioned when I was a kid and they were great! It sounds like you may have worked at Stern when Harry Williams worked there. He was before my time but I feel like his attitude and soul live in a few of the games he help Stern make in the early 80’s. Thank you again for posting this!

Welcome! And, among other things, thanks for Qix ... one of my favorite games of all time! :)