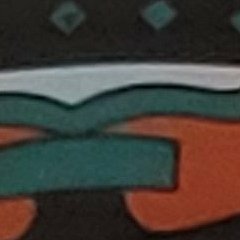 FROM RACECARS TO PITCH AND BAT TO PINBALL.....

My pinball interest started out from other coinop games.  First was this sit down racecar game, with a green screen, I cannot remember the name.  THen came a Chicago Coin baseball pitch and bat, with the artificial fan recordings.  I became so good at that game gthat I could stay on it virtually all night at the Galaxy, Roosevelt Mall, in Philadelphia..  Then from there onto pinball.

The Galaxy had many with Gottlieb games, such as Sure Shot, Jacks Open, Royal Flush, Quick Draw, and Top Score.  THey also had Williams Space Odyssey, which I hated then but  love now. I remember their first solid state machines, Bally Eight Ball, Paragon, SS version of Night Rider, SS version of Mata Hari, and Evil Knievel.

After high school I kind of lost interest, until about a year ago, when I learned of two retro pinball arcades within dfriving distance.  One was Silverball Retro Arcade in Asbury Park, NJ, and Village Arcade in St. Peters, PA. I started watching YOUtube pinball videos and watching eBay and Facebook machine ads.

Last October, I bought Williams Toledo, and it is now at a restorer.  I hope to get a few more games, and even buy a junker to tinker with.