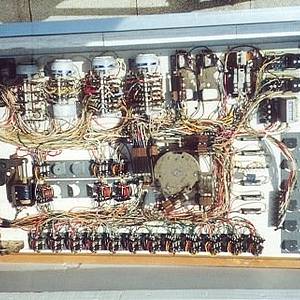 Custom EM pin I built as a Junior in H.S.

As a Junior in HS, I designed and built a custom EM pin from scratch. My Father cut the cabinet wood on his table saw at work. I got a few parts that were discarded in the alley behind pinball distributors in Los Angeles. For example 4 EM score reels and a fake "0" off of a rifle game. And about 2 dozen "Midway" relays. A old  repair guy sold me some used parts such as legs, score motor, knocker and a chime box. The pop-bumpers, kicker assemblies, playfield posts and light sockets were from a trashed cocktail pinball machine.

I bought a few components new such as the 2 flipper assemblies/buttons, and 2 spinning targets. I made a schematic using the same format as the official schematics. I drew the schematic in pencil and when I soldered a wire in place, I went over the pencil with a black marker indicating that that wire was now in place.

The 4 stepper units were not pinball steppers, but DC units that I found at an electronic surplus store. The 2 large ones are what alternates which holes, rollovers or targets are lit. The stepper with 2 coils is for bonus up/down. The small stepper is for ball count. I made it adjustable, 3 or 5 ball per game.

See photos below. I didn't have a video camera to record game play. It was 1975 and cell phones and  the Internet were not invented yet. I eventually sold the machine for $100 (plus $10 for a box of spare parts.) Although it did play well, the most fun was designing and building it. That was the most fun I'd ever had.

Trivia: The top arch has a sticker that shows it was from an "Ice Review." 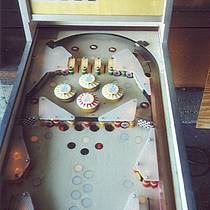 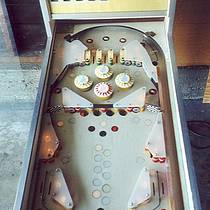 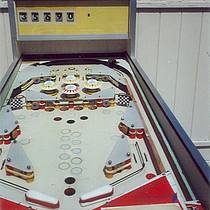 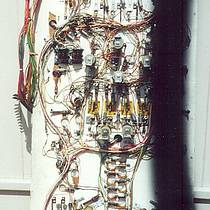 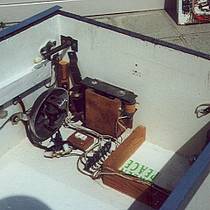 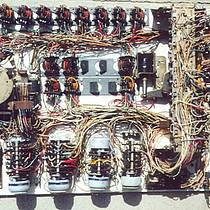 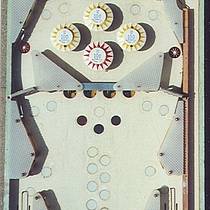 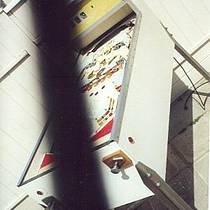 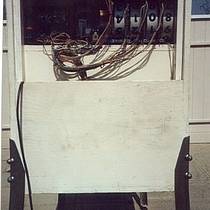 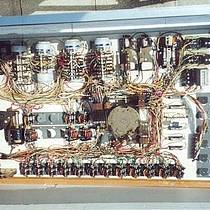 Quite an impressive accomplishment. Thanks for sharing.

Whoa that's amazing on many levels. I'm sure you were gunning for a technical career :) I like the creative layout, and that bonus-point rebound lane back to the shooter lane. I hope it's still out there somewhere!

Unreal! That’s one of the most impressive things I’ve seen in a while. Especially since it was the 70’s. Info wasn’t as easy to come by back then.

Dude you were the coolest kid in high school! This is epic!