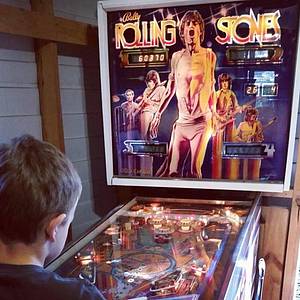 My lifetime of pinball.

My lifetime pinball started back in 1988 when I was around 5 years old. I visited my grandpa and he had just purchased a fairly new, 1980 Bally's Rolling Stones Pinball. My cousins and even the adults didn't care for it, but me? Pinball just clicked. I was hooked from the moment I saw it.

Metal balls flying top speed and crashing into stuff? Loud, fast and required a lot of skill. What wasn't there to love? It was a 5 year olds dream.

Over the years my cousins and I would spend weeks at our grandparents and I always gravitated towards the pinball machine and my cousin's knew if I was on it, I wasn't getting off anytime soon. I would spend hours learning how to control the flippers and make my shots. It never got old to me.

I played this pin FOR YEARS before I played another pin, in fact I don't even remember what my second or third pins were. I just know my first.

Fast forward to to 90's. The golden age of pinball. If you were a pinhead back then you know these were the best years for pinball (though this decade has been AMAZING so far).

We had a local arcade (Rocky's replay) that had all the best new machines out. My friend Mike and I would skip school to go pump quarters into medieval madness for hours on end. (stay in school kids!) and while we never played tournaments, he and I were always competing against each other or others hanging around the pinball room.

I've played most of 90's the classics and lesser known titles. Adams family, T2, Indiana Jones, monster bash, etc. You name it I've probably had at least a game or two on it if not hundreds.

As I got older and time wore on I kind of forgot about pinball. My dad took ownership of the Rolling Stones machine and sadly it's been in his shed and gotten to a point of disrepair unfortunately.

It wasn't until I had kids of my own that I started wishing I could play more pinball again.

Around 5 years ago I started messing with the new "virtual pinball scene" which was only around 300 people making these digital recreations at the time. So I gathered all my spare computer components and started building. I would venture to say, when I built my first virtual pin that there was probably less than 200 machines on the planet at the time.

Of course the very first game I loaded up and played was.. 1980, Rolling Stones of course. (Thanks JPSalas!)

While nothing beats the real thing, this was pretty close to scratching that itch. But to hear those sounds that had been so familiar to me in my childhood, to see the artwork look brand new and clean just made me realize how much I really loved and missed pinball... and my grandpa.

I was back in.

I found a local arcade (Arcade Monsters) which honestly has one of the best gaming and pinball lineups I've seen anywhere and have been going there about once a month for a few years now. I even found a spot in my in-laws town up North in Indiana that has a stellar, beautiful and varied collection (Ft. Wayne Pinball, Wizards world) including a 1980's Rolling Stones! Now when I go up North for a visit I have something to do.

I've rented a few machines over the last year (Deadpool and Wonka) and the wife and kids love pinball, almost as much as me. My wife knew the time would eventually come she just didn't know when.

I finally decided last week on officially getting my first pin. Of course they had to come out with a Led Zeppelin.. so I got one. Premium, and it may be one of the best machines I've ever played (especially if you like Zeppelin).

So far the family loves it and I couldn't be happier. I know this hobby pretty well, I've just been waiting for the right time in my life to jump into it.

I have a few more machines I've got my eye on to increase the collection but for now I'm just happy I have my own machine to play on and tinker with.

Here's to another lifetime of pinball! 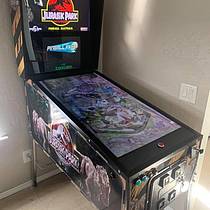 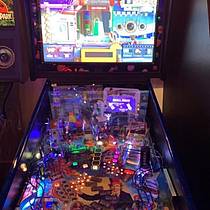 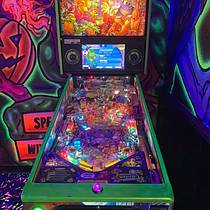 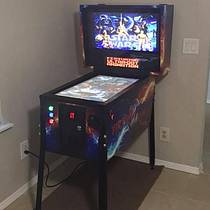 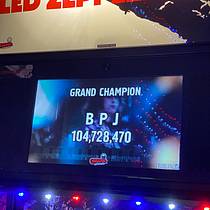 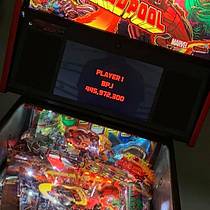 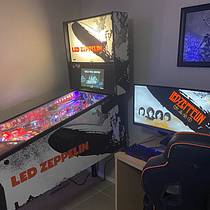 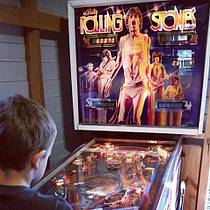 Thanks for sharing. If it were me, I'd probably still have to steal my grandpa's machine from my dad. Even if it were in terrible condition, restoring it would be awesome!!