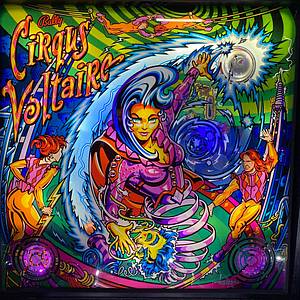 I lived in Portland for almost a year before a friend told me there was a pinball machine at a seedy adult shop, Fantasy on Sandy Boulevard. It wasn't at all where I wanted to play pinball, but seeing no other options, I went. There was a Hook machine, and that's when I first heard "Bangarang!" I never saw the movie, but felt like I knew it from the pinball machine.

Eventually, Hook was replaced with Cirqus Voltaire. When I saw it, I thought, "What are YOU doing here?" I remember the haunting circus music as much as the sticky floors.

A couple other machines came and went, kind of like the shady people coming and going. It was before sanitary wipes were a thing, but you best believe I washed my hands after playing there. Apparently, Portland was about to experience a huge pinball renaissance, but I wouldn't discover that whole scene for years and years. In my experience, pinball was still alive, barely. I had no idea! 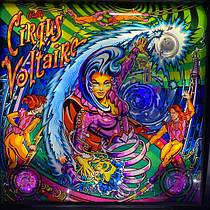