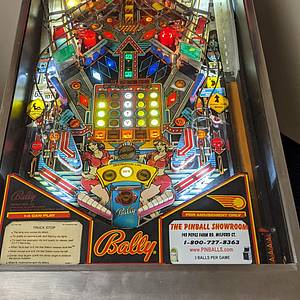 The one that started it all

My parents vacation house was a farm. Not all that exciting for a kid growing up with everything so far away. Mostly used for ski weekends. So what do you get a bunch of kids for them and their friends... Pinball! There were 2 pins a Black Pyramid and a Truck Stop, nothing spectacular about them other than they were free to play. Those games were entertaining for everyone who played. BP was simple and easy where TS took some skills to do well.

Truck Stop was the one most wanted to play here, between that and pool but maybe it was your turn on both. With four flippers, rails, and a multiball, it had 4 players every game. Game took a lot of abuse over a decade from middle schoolers to college kids. Biggest problem was getting service. We had to be at the place midweek in summertime to get work done.

Years later someone moved the games as they were no longer playable and we couldnt find service. However, they rushed and had no clue what they were doing. Heads fell, there was broken cabinets, ripped wires, and glass shattered... it was a tragedy. They got put in a barn and covered. There they sat for years only to be turned into a new resort for field mice with plenty of wire to eat. It was rough to find out they were gonna cost more to fix than they were worth. Sold both and a Sega baseball arcade for $250 and then they were just memories of 20-30 years ago.

A few years ago I was hanging with my sister's family and we went to an arcade. I played pinball, got in a few skeeball games (Jersey Proud) and it was back to pinball till we left. It was that moment I decided I needed a pin in my life.

The obsession begins with a T2 classic from my teen days. Who couldn't resist Arnold lines while playing pinball. "Get to the Chopper!" As the collection expanded traded up moved around, I always kept my eye out for a Truck Stop. At one point I even setup a Google alert for it. Wow theres a lot of truck stop talk online... And they're not talking about this pin either, so I shut it down.

Just recently I get the news of the mandalorian coming out. I click to check it out on a dealers site... That thing looks sick and I can't wait to try it out. After watching the videos I just checked his inventory since I was there. Then as I reach the end of the second page, there she is Big Betty smiling at her Truck Stop. I just hear in my head the call out "Next stop, Chi Town!". Are you kidding me it was just 90 miles away.

It's a Saturday and they already closed for the weekend. I send an email immediately. I get a response Monday morning, he sends detailed photos, games been gone thru LEDs throughout. It's in amazing shape on the playfield. Cabinet has issues but the playfield is all that matters. I call cause I can't believe it. Ask a ton of questions and strike a deal.

As it wasn't my first I didn't have to have it right away. I had minimal time frame of availability for this to show up. So I waited weeks for it. When I finally got the news it was coming, I got that same feeling I had when I got my first game.

The love of pinball has been restored in me and a piece of my history and pinball journey is now in my collection. Just wish I had space at the house, so I had to put it at work. I won't be calling out sick anytime soon, and I might even go in early! 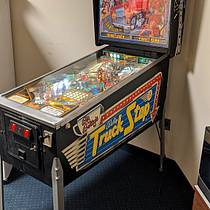 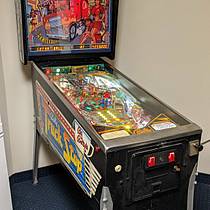 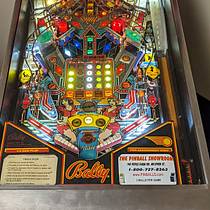 Congrats! Lol on the Google alert!

Great story, wonder if the one you sold ever got restored. Never heard of this game until now, looks cool

rad story! I have the same nostalgic need for a Gilligans Island. It was the first game that I had access to free play on at a friend's home. someday I will do the same thing as you did, and get one to remember the feeling of being in the 4th grade and playing all afternoon!