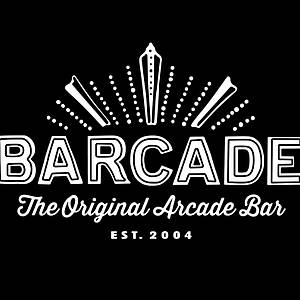 Barcade is a combination bar and arcade with a focus on classic video games and American craft beer. There are locations in New York, New Jersey, Philadelphia and Connecticut, owned by four friends; Paul Kermizian, Pete Langway, and brothers Kevin and Scott Beard.

The original Barcade was opened in 2004 in a former metal shop on Union Avenue in Williamsburg, Brooklyn. At the time of the opening, Kevin and Scott were working in graphic design, Paul in film and television, and Pete in advertising. Paul had just completed directing the feature film “American Beer”, a road trip documentary profiling the American craft beer industry, and the friends were spending time drinking craft beer and playing the classic 1980’s video games that lined the walls of Paul’s Williamsburg loft.

Those beer and game filled nights inspired the group to open a neighborhood bar centered on American craft beer and classic video games. They quit their day jobs, maxed out their credit cards and began work on Barcade.

The friends did most of the construction themselves, keeping the look of the warehouse and garage that the space had been, and the bar opened in the fall of 2004.

The company registered a federal trademark in 2007 for the name Barcade. They expanded in 2011, opening two new locations; one in downtown Jersey City and another in the Fishtown neighborhood of Philadelphia.

In 2014, Barcade opened its fourth and fifth locations, both in Manhattan, on West 24th Street in Chelsea and on St. Mark’s Place in the East Village.

Barcade’s sixth location was opened in New Haven, CT in the spring of 2016. A seventh Barcade location in Newark, NJ will open early 2017. 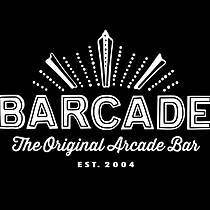 Barcade is a registered federal and international trademark.

Wow. That's the best franchising in the world now for me. I would really love one of this in Italy, we're pretty mad for retro arcades.

..last time I was in Barcade, you didn't have any pinball...has that changed?

I would love Barcade if it had pinball. The one in New Haven, where everyone loves pinball, doesn't. Literally 5 minutes away from the biggest pinball retailer in the world (Automated) and no pinball. Go figure.

This is a pinball forum. You have no pinball.

You start a story on Pinside and don't mention any pinball machines you have. Where is the pinball?

Still an amazing story even if they don't have pinball machines.

Hi all, we signed up on Pinside in anticipation of adding pinball, which we have been rolling out in 2017. We now have pinball in 6 of our 7 locations and will have it in our next 2 locations opening in 2018. Thanks!