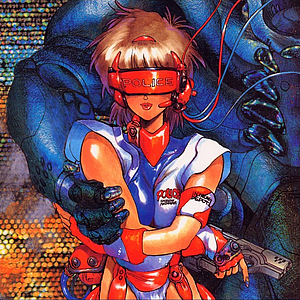 A Town With No Pinball

This story got featured & frontpaged on December 21, 2022

In the small city where I grew up, there simply was no pinball. I have a vague memory of there being one at the local bowling alley, but the problem was, it stood right next to The Simpson's arcade game, and I knew I could stretch my money out more on that. I remember having this feeling when I'd look at the other machine, this thought of how curious it was. A long wooden board, two flippers, and a ball that rolls around. This is how people 'used' to have fun, way back in the past. But, now we have video games, obviously, and that's how my child-brain worked it. I most likely played the game once to conclude that arcade video games gave more bang for the buck, drained fast, and never looked back. There's no way to know which game it was, I can't possibly remember. This would have been around 1991. It was the same year I went into my first arcade at another point, and played Street Fighter II, at a local rock and mineral show. I was six years old.

Twenty one years go by, and nothing really changes from that original perspective. As one would expect, I grew up with console games and big fat arcade units, not pinball machines. I had seen them here and there in the 90's, popping up unexpectedly, a T2, or a Getaway, some DMD game at the local movie theater perhaps, but not once did I ever give them another shot. I was graduated from school and on into my late twenties at this point. The arcades of my youth had all shut down, no more House of the Dead or Alien vs. Predator, the American landscape having changed forever. I drove up to Austin to visit my friend while he attended a college for chefs, and to entertain us, he suggested we go to Pinballz, a huge two level arcade. Immediately I was struck by the sheer 'amount' of these machines there were, the variety, all the eras where their technology advanced little by little, much of which I'd been around for and just hadn't seen. Your local arcade owner needed to have bought these things, and mine hadn't.

I wandered around and, as you might expect of a novice outside the hobbie, I floated from DMD to DMD from the 90's, mostly putting my tokens towards movie-licensed games based on films that I remembered, like Jurassic Park or Demolition Man, Addams Family and Waterworld, the list goes on. There were just rows and rows of these things, fully refurbished and lit up with LED's. But if anything, my lack of knowledge caused me to feel frustrated by the experience. Each one of these machines had dedicated rule sets to them, and even though it told me what to do as I played, I wasn't skilled enough to accomplish those goals. Game after game, drain after drain, I can't say it was making a great impression on me. And that's when I came upon something older. A big red demon greeted me. It was Gorgar. So far I'd only done one token per game, but this was ultimately where I stopped. I sunk token after token into this thing, it never told me what to do (the speech was too primitive for that), I just read the playfield and learned in tiny pieces as I went, it was more of an experience than any gimmick or toy on a playfield could ever offer. For the first time ever, I was having fun playing pinball! And I was hooked. Now, with six machines in my collection (including my long term goal of getting a Gorgar thankfully), my enjoyment for the hobby has only grown, and I continue to do my best in prodding others to give it a shot.

Gorgar, that is an interesting first game to fall in love with! I've only gotten to play that satanic wonder once in VT, but yeah that is a cool pin to have in any collection. Nice article too, back in the day I too found myself unable to appreciate pins with so many Konami beat em ups around. Up until very recently to me at least pinball machines have always been "Grandpa arcades"! Thanks for sharing your story.

Interesting read!! Of the games in my collection I only have modern games set up, mainly because I thought the kids would be more inclined to play them... but they're not drawn in... maybe you've helped me understand why... they're simply too complicated for an in-experienced player to get into... maybe I should set an older game up that relies on intuition to get the rules rather than a complicated rule set!!

i really enjoyed reading what you've written here. You are quite good at writing.

To this day I love the simpler, not so busy tables. I certainly relate. My favorite table is Attack From Mars. Sure it has the castle and the trolls but these are fairly straight forward "toys" and the play remains easy to understand with not so many flashing distractions to parse through as some of the more modern tables. One of my pet peeves is when an upper playfield is multi-leveled and hides the ball from action, especially when you can hear chimes and such and that ball is actually doing something you can't see.

There is something for everybody in our hobby. Welcome to Pinside :)

Thanks for your story and glad that you eventually found your way to pinball. I grew up in Denver and could walk to Celebrity Bowling Lanes where they had a variety of pinball machines and pinball was synonymous with aracade to me. Then, I must have been about 11 (1971-72) and the first video game showed up at the aracade (I think it was Asteroid, actually fun, but I despised it because it was not pinball). I moved away not long after, but I know that the story at Celebrity was video games slowly replacing pins. Thank God that pinball survived and "is alive and kicking." I think those old pinballs from the 60's and 70's might be getting a lot more play than the first video arcade games. Who knows where they are burried.

Pinballz is one of my all-time favorite locations. I love a variety at arcades and in my own home. Sometimes you want a simple game and other times a more in-depth experience is better. Because of time conveniences, I probably actually play my simplistic games more as well.

I love stories like this! Thanks for sharing. What was the small town you grew up in?

Great story, quite a writter!

As I read this story I thought, that’s totally me too! Except my arcade game go to was either Iron Man Stewart’s Off Road, Pole Position, or the iconic NBA Jam. And also that I could remember the first pinball I tried at our local Pizza Hut in Central Louisiana where I grew up having a o0O (3 black successive upsizing holes) in the top right…..now as a player instantly recognized as Comet. Then as I was really introduced to the silverball by a friend & fellow Pinsider when I moved to Texas, his first game was a Gorgar. Recently, the best I’ve ever done in a tournament was: soon after winning a 5-way tie on Popeye to get into A Division, forced a 3-way tie for a place in the finals with Gorgar! Also I play @ Austin Pinballz weekly. Thanks for the story & the similar memories!

You have the right spirit about your passion for pinball. Keep at it and consider hosting tournaments at your place! 6 machines are enough for an IFPA Event :)

We have a Gorgar in the For amusement only Arcade Museum indeed it is a great game which really makes fun - sometimes it is just a ball stealing beast.
Admit the speach is hard to understand - but the illustrations are outstanding. Admit rule sets of many modern machines are difficult & detailed - maybe that one reason why folks enjoy playing classics - wehere all rules are written on the playfield. Very nice story Thx for sharing with us.