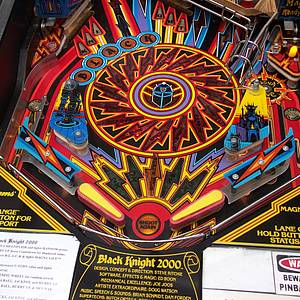 I am from the USA originally, and grew up in Phoenix, AZ in the mid 60s and throughout the 70s playing the silver ball.  When I was very young, I mostly played the Gottlieb wedge heads with my allowance.  Most games cost 10 cents / 3 for a quarter.  The best arcade (well I thought so at age 6-8) was at the Phoenix Sky Harbor Airport.  So I loved it when we went there to meet someone arriving on a flight or were going on a trip.  One of the early pinball memories was playing Buckaroo with the mechanical Backglass of a horse kicking a cowboy.   I also found I liked games with drop targets, games like Joker Poker or many of the Gottlieb card themed games.  Moving on in time, I was blown away by Fireball! With the spinning rubber disc and the ability to lock a ball & get a mini- multiball.  It was a drain monster, but I loved the game design and theme.  Way ahead of it's time.

I moved on in '77-78 to playing early widebody games like Atari Superman and also Time2000 which had a strange flipper layout but played well when they were new.   I think those two were at an Arcade in ChrisTown mall.  There were also the usual video games, including Missle Command, Pacman(s), and some early attempts with LaserDisc format like Dragon's Lair.

Next for me came EMs like Bally Wizard! (Which I adored) and Capt Fantastic (which of course I liked due to the drop targets).  Then on to the Solid State games later in my teens.  Notable in the arcades at that time were Black Knight, Firepower and later on BK2K.   I guess I was becoming a Steve Ritchie fan and liked the multiball and sound/speech games, if I could find a quiet enough arcade.  There was a small place in a Mall in Tempe near ASU campus and there I also found the video game Galaxians.  There was also a Space Shuttle in tge Students Union, which was easy to beat.  I usually left credits on the game when I had to attend a class.

After college, I lived in London (UK) from 1981 to 2016 working for an American Bank.  There I was given a Wms '75 Aztec EM for Christmas, and set about repairing it so everything worked. This involved buying the original schematics and reading Clay's and other repair sites.  I did get it all perfect, including making a replacement plastic which was always  broken on that game.  Selling that first game is still a regret.  It played fast for an EM, and had decent gameplay.

I next bought a Firepower, and worked on documenting and fixing that game top to bottom.  I did buy Flash, BK and BK2K as well, but eventually sold the BK2K to someone who would appreciate and play it more than I did.  I did buy (ok steal) a TZ from a guy near London that wanted to sell it and buy gym equipment and turn his games room into a workout room.  I think I paid around $2,000 for it at the time- hard to believe but that's what they would fetch.  He wanted cash for a gym machine, I wanted his TZ.

So I do own some made later which are “must have” exceptions to this rule.  AFM, TZ, LoTR are all great games to own and play and these are examples where I bought a game for the deeper rule sets.  I actually didn’t like them much at the time in the arcades (probably with the notible exception of TAF) because the replay scores had increased exponentially and 1 million points didn’t mean anything.  For me, you “turned a game over” at a million.  Operators raised prices to at least 50 cents a game, sometimes $1 even for 3 balls.  Shocking!

In about 2015 I moved back to the USA (CA), and packed and shipped around 14 pallets of games back from the UK.  It was quite a task, and not without expense... but many of you will understand that it's hard to let go of a big collection.  LoTR LE "My precious", etc.

As you may have noticed, my collection contains quite a few games designed by Steve Ritchie, "pinball design God and master of flow".    Just click on Steve Ritchie’s game list  from ipdb.org  if you are in any doubt that he has designed some great titles.

Below I list are a few things that have come about through my pinball journey.  I'm grateful to all of you, and want to "give back" for the joy the hobby has given to me.   Although hobby is not really the right word- we know it's much more than that. 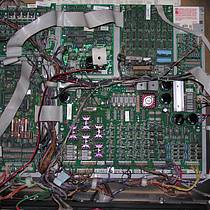 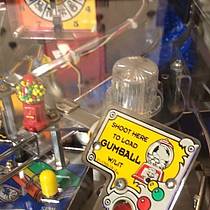 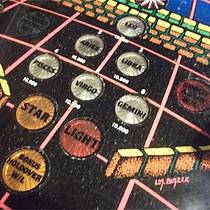 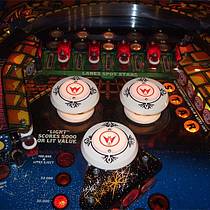 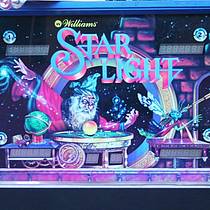 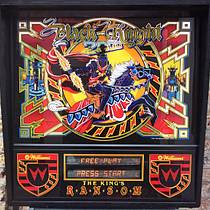 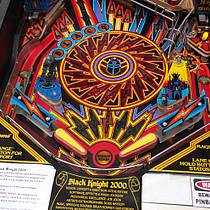 Great story, and thanks for the work on PinWiki!

Welcome to pinside! Nice work you've done for pinwiki, many pinheads benefit from your efforts. I like 80's era games but unlike you I like the Gottlieb system80 machines and have owned most at one time or another. Thanks for your contributions to the hobby, keep flippin!