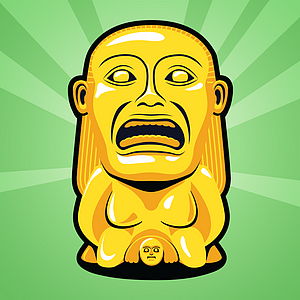 Now I See You

Growing up in the 80s & 90s, we used to ski at a local place called Fortress Mountain. It had a pretty sizable arcade, and I remember staying there on weekend trips where the lodge was accessible all night after the regular day guests had left. An entire arcade, empty except for me and my brothers. It was heaven.

It only had a couple of pins down at the far end of the row, but I absolutely fell in love with the Pin-Bot there. The feeling and the sounds of that game hit me right in the nostalgia, taking me back to those nights of multiplayer pinball games in the cozy fire-lit lodge after a long exhausting day of skiing.

Fortress closed in 2004, and the old daylodge has been rotting away there ever since. I've often wondered what happened to the games that were in there. Reclaimed by some operator? Sold off to private collectors? Tossed outside to rot? In my head, I imagine them sitting there still, waiting in the cold dark. Screens black except for the ghosts of old burnt-in high score tables, coated in an ever-thickening layer of dust. Waiting for Pin-Bot to live again.

Now I see you.

Greta story... nothing better after a day on the slopes as a kid. Sad to say places like that in secluded areas get looted for copper wiring and whatever else can make a buck. I think you might be able to find it on ghost ski resorts.

I remember playing the arcade game lunar lander in the lodge at the base of the mountain in Vail after skiing as a kid. I still have those urges to play those games after skiing. I wasn't into pinball then but I remember them having a number of machines. I bet Pinbot was one.

Looks like someone may be trying to reopen it? Some good current footage of the day lodge as well.
https://youtu.be/hRHDB75gkdY

This page was printed from https://pinside.com/pinball/community/pinsiders/aaronzoom/stories/now-i-see-you and we tried optimising it for printing. Some page elements may have been deliberately hidden.